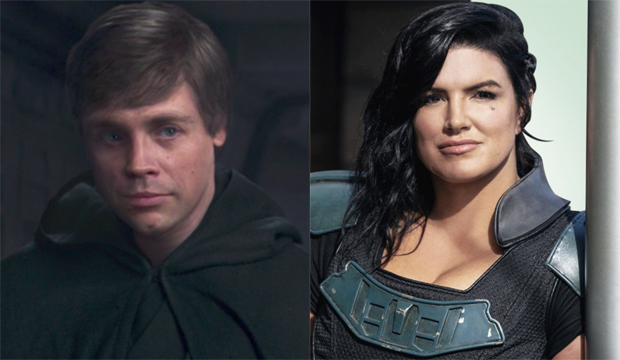 If you haven’t yet caught up on “The Mandalorian” Season 2, we suggest staying away from the 2021 Emmy ballots. They are chock-full of spoilers, including the fact that Mark Hamill has been submitted in the guest star category for playing a de-aged Luke Skywalker in the finale. Plus, fired cast member Gina Carano contends for the last time for her supporting role as mercenary Cara Dune. In all, 22 “The Mandalorian” cast members have been submitted for Emmys, including lead actor Pedro Pascal as the titular masked bounty hunter who seeks to protect his cute, green sidekick, Baby Yoda (aka Grogu).

Esposito is back this year, but he’s been upgraded to a supporting actor since he appeared in so many episodes. The “Better Call Saul” villain will now face category competition from Temuera Morrison, who reprises his role of Boba Fett from the “Star Wars” movie prequels. Waititi didn’t return to the show for Season 2, but two more voice-over performers do appear on the ballot: Richard Ayoade as Zero and John Leguizamo as Gor Koresh.

Thanks to stand-out guest stars like Hamill, Bill Burr (as Migs Mayfeld), Rosario Dawson (as Ahsoka Tano) and Katee Sackhoff (as Bo-Katan Kryze), Season 2 was even more buzzy and must-see than before. But did Emmy voters enjoy it as much as the masses?

Here’s a closer look at all 22 “The Mandalorian” cast members on the 2021 Emmy ballot: