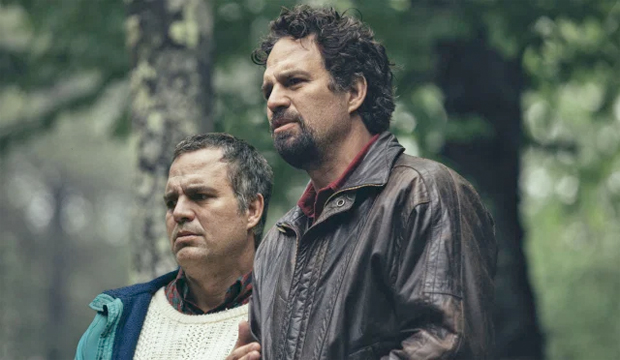 At the most recent Emmy Awards, Mark Ruffalo took home a trophy for his dual roles on HBO’s dark limited series “I Know This Much Is True.” The popular “Avengers” actor cuts his teeth portraying twin brothers Dominick Birdsey and Thomas Birdsey, a paranoid schizophrenic, in this adaptation of Wally Lamb‘s 1998 novel. Now, he’s on track to win his first-ever Golden Globe in Best TV Movie/Limited Series Actor, per Gold Derby odds, after three prior nominations.

Ruffalo was previously recognized by the Hollywood Foreign Press Association for his film work in “Foxcatcher” and “Infinitely Polar Bear,” plus the TV movie “The Normal Heart.” He lost those contests to J.K. Simmons (“Whiplash”), Matt Damon (“The Martian”) and Billy Bob Thornton (“Fargo”), respectively. He also has three Best Supporting Actor Oscar bids under his belt for “Spotlight,” “Foxcatcher”and “The Kids Are All Right.”

While it’s true the Golden Globes like to go their own way and try to avoid rubber-stamping Emmy winners, in recent years there have been some overlap in this Best TV Movie/Limited Series Actor category. In the past decade, Darren Criss (“The Assassination of Gianni Versace”), Michael Douglas (“Behind the Candelabra”), Kevin Costner (“Hatfields & McCoys”) and Al Pacino (“You Don’t Know Jack”) all prevailed at both organizations.

SEEGolden Globes ‘Succession’ plan: ‘Industry’ could follow in the footsteps of HBO’s other financial drama

Ruffalo wouldn’t be the first actor to win an industry award for playing multiple roles — after all, voters rightly see this concept as two performances for the price of one. A recent example is Tatiana Maslany, who took home an Emmy for playing a collection of clones on “Orphan Black” in 2016. Then there’s Ewan McGregor, who claimed a Golden Globe for portraying twins on the third season of “Fargo” in 2017. Ruffalo’s roles in “I Know This Much Is True” are much like McGregror’s in that one brother was essentially the caretaker of the other.

Per Gold Derby odds, Ruffalo’s major competition heading into the Golden Globes is Ethan Hawke (“The Good Lord Bird”), Hugh Grant (“The Undoing”), Paul Mescal (“Normal People”) and Hugh Jackman (“Bad Education”). Both Mescal and Jackman faced off against Ruffalo at the Emmys, while Hawke and Grant star in new programs that debuted after the Emmy eligibility period.