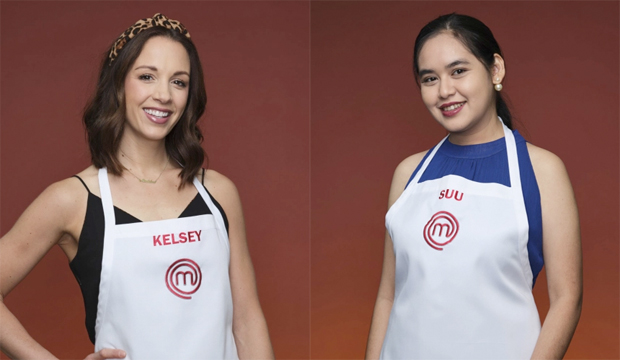 Of the 14 remaining chef-testants still competing on “MasterChef: Legends,” Kelsey Murphy and Suu Khin are fans’ picks for who should join the show’s winners list. These two home cooks tied in our recent poll that asked viewers to vote for their favorite contestants on the 11th season of Fox’s reality TV program. Kelsey and Suu both came in with 19% of the vote, followed by Miles Gateff at 15% and Tay Westberry at 13%. All of the others had single-digit support, but it’s still early in the competition.

During the first post-auditions episode, Kelsey had a great week when world-renowned chef Masaharu Morimoto tasked the cuisiners with preparing a monkfish dish. This 32-year-old physical therapist from Indianapolis, Indiana won the challenge thanks to her pan seared monkfish with cauliflower two ways and fish sauce caramel. Her reward was a special dinner for two at Morimoto’s restaurant in Las Vegas.

Suu, a 30-year-old food blogger from Houston, Texas, was among the top three chefs in that episode because of her ginger and kumquat glazed monkfish with butternut squash puree and sautéed mushrooms and sugar snap peas. The other person at the top of the pack was Autumn Moretti, thanks to her teriyaki glazed monkfish with ginger rice, sautéed bok choy and pickled fried cauliflower.

“MasterChef: Legends” is one of the most competitive seasons in the show’s history, with only 15 people having received white aprons out of the dozens who auditioned. Host Gordon Ramsay returned for Season 11 alongside judges Joe Bastianich and Aaron Sanchez plus a collection of special guest star “Legends” including Morimoto, Emeril Lagasse, Curtis Stone and Paula Deen.

The first person eliminated from the program was Elyce Wooten. This 39-year-old salon owner from Chicago, Illinois ended up being sent home this week because of her baja fish taco with spicy aioli and chips, a dish Gordon claimed “fell short.”

Next week, the final 14 home cooks will meet a new “Legend,” American chef-lebrity Sherry Yard, as they engage in an exciting dessert challenge. Will Kelsey and Suu continue cooking impressive dishes each and every week? Stay tuned.