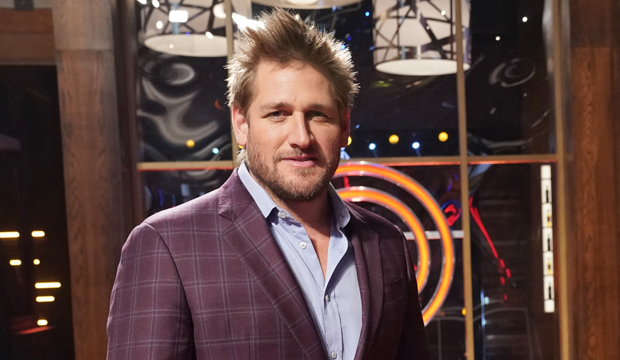 The highly anticipated Season 11 premiere of “MasterChef” aired on Wednesday with culinary genius Emeril Lagasse serving as the show’s first “Legend” judge. (Read our minute-by-minute live blog here.) Lagasse’s work is now complete, so a new special guest star, Curtis Stone, will take his place during next week’s second hour. Stone is no stranger to the Fox network, as he already serves as a judge on “Crime Scene Kitchen.” Read on for your “MasterChef” preview of the June 9 auditions episode.

The Australian chef-lebrity joins the auditions round alongside host Gordon Ramsay and judges Joe Bastianich and Aaron Sanchez. The aspiring home chefs will have only 45 minutes to cook signature dishes in the hopes of impressing the four judges. If they receive three “yes” votes, they’ll receive a coveted white apron. Only a select number of contestants will advance to the next round of this Covid-safe season.

Stone began cooking from an early age in his hometown of Melbourne, Australia. He moved to London as a teenager, then returned to his birth country as the host of the traveling cooking show “Surfing the Menu.” He rose to fame in America thanks to the TLC program “Take Home Chef” and his various appearances on daytime and late night talk shows. The Michelin Star chef’s stardom continued to rise when he competed on “The Celebrity Apprentice,” placing fourth to eventual winner Bret Michaels.

In this season of “MasterChef,” only 15 out of the dozens of auditioners will receive an apron and officially enter the competition. Lagasse has already helped Ramsay hand out six aprons, which means there are still nine remaining for the contestants to fight over. A third auditions episode will air the following the week, which is when the final aprons will be awarded.

The six home cooks who have already received white aprons during this “Legends” season are:

In addition to “Legends” like Lagasse and Stone, this installment also features the return of last year’s Top 3, who are now serving as mentors: winner Dorian Hunter, runner-up Sarah Faherty and third place contender Nick DiGiovanni. The winner of Season 11 will take home the “MasterChef” title, a $250,000 grand prize, a complete Viking kitchen and kitchen tools and bakeware products from OXO.