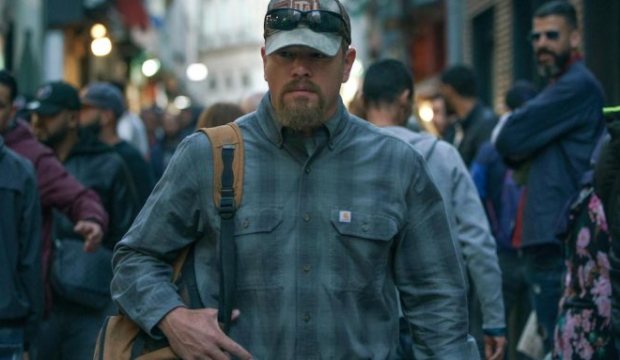 Oscar-winning screenwriter Matt Damon is having a pretty good month. Fresh off his somewhat surprise cameo appearance in Steven Soderbergh’s new movie “No Sudden Move,” Damon has been on the receiving end of strong notices for his latest star vehicle “Stillwater.” The drama, “Spotlight” director Tom McCarthy’s first major film since that Best Picture winner, premiered at the Cannes Film Festival on Thursday where critics praised Damon’s work as a conservative father who tries to get his daughter out of a French prison.

“The film offers a rich opportunity for star Matt Damon to deliver an understated and authentic turn — one of his career bests,” Deadline’s Pete Hammond wrote in his review of “Stillwater” while comparing the project to Harrison Ford’s “Witness” (the only movie for which Ford received an Oscar nomination in his career).

“Damon is at the top of his game here — no Bourne theatrics on this trip to Europe and resisting any attempt to become anything more than a man with a troubled past trying to right the course of the rest of his life by being something other than a ‘f–kup’ as [one character] describes him,” Hammond added.

Over at The Hollywood Reporter, awards pundit Scott Feinberg wrote of Damon, “The ageless veteran clearly relished the chance to play a regular guy again — as opposed to an assassin, a race car driver or an astronaut — and threw himself into the project, body and soul; indeed, he teared up during the five-minute ovation that the film received at the Palais. Moving forward, his performance represents the film’s strongest shot at awards season recognition.”

Of course, not everyone was as enthralled by Damon. Writing for The Guardian, Peter Bradshaw panned the film and particularly criticized Damon. “Damon is in a terrible bind in this film. Of course, he has to be sympathetic – he has to be Matt Damon – and the film won’t permit him to be anything else,” he wrote. “But it is also important that he is a bit of a loser, that his daughter doesn’t trust him, as well as to explain away his extraordinarily reckless acts of violence, which the film never really acknowledges. He just seems to be a stolid good ol’ boy who wears a cap at all times and faithfully shows up for prison visits.”

“Stillwater” is out in U.S. theaters on July 30. Damon has multiple awards contenders on his slate this year, with the forthcoming release of Ridley Scott’s “The Last Duel” set for the end of the year.

David Cronenberg returns with 'Crimes of the Future': Watch the first trailer

Cannes 2022 programming leaks include returning veterans, Hollywood blockbusters, and a rumor about…

Will Smith apologizes to Chris Rock for 'unacceptable, inexcusable' Oscars slap: 'I am a work in…