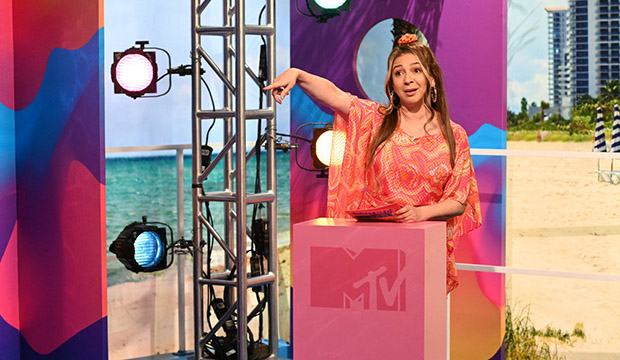 If our early odds prove to be correct, Maya Rudolph will cruise to the Best Comedy Guest Actress Emmy for “Saturday Night Live.” It’d be her second straight victory and she’d become just the second person to win back-to-back awards in the category.

Rudolph took home her first two Emmys last year, the other in voice-over for “Big Mouth” — she is nominated in voice-over for “Big Mouth” again, so she can actually defend both wins. Her guest victory — in which she beat herself as she was also nominated for “The Good Place” — was for her portrayal of Kamala Harris on the sketch series and came on the heels of the current vice president being announced as Joe Biden‘s running mate. This past season, she appeared more frequently in the run-up to the election, dropping by in the first six episodes and sometimes playing characters in other sketches as well. In March, she hosted an episode, in which she, of course, reprised Harris and which serves as her Emmy submission. She didn’t host an episode in Season 45 — her submission last year was Eddie Murphy‘s hosted episode — so imagine how much stronger she will be this time around with her own episode.

Also helping Rudolph is that “SNL” has dominated the guest categories since the show was allowed to compete there in 2009 — it has won comedy guest actress and actor six times each, including both last year as Murphy nabbed his first Emmy. Unlike the comedy guest actor category this year, which features four “SNL” nominees, there are only two in actress: Rudolph and Kristen Wiig, who has never won an Emmy for “SNL.” Wiig is in third place, behind also Jane Adams (“Hacks”) in second. “A Black Lady Sketch Show’s” Issa Rae and Yvette Nicole Brown are in fourth and fifth, respectively, and Bernadette Peters (“Zoey’s Extraordinary Playlist”) is in sixth. You could argue that the “SNL” and “Black Lady Sketch Show” ladies split the vote, paving the way for an Adams or Peters triumph, but after her double wins last year, it’s hard not to see a majority of voters voting Rudolph.

PREDICTthe 2021 Emmy winners through Sept. 19
Emmy odds for Best Comedy Guest Actress
Maya Rudolph is looking to go back to back