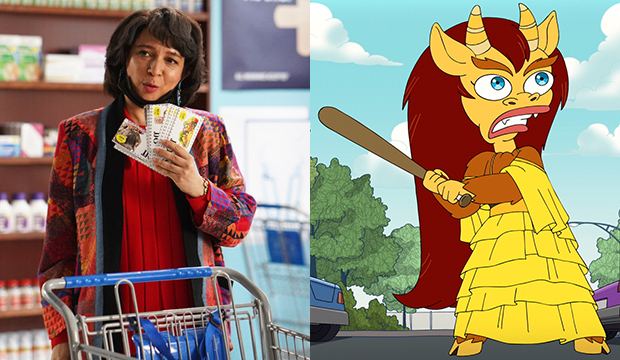 Maya Rudolph finally became an Emmy winner last year when she took home not one but two statuettes: Best Comedy Guest Actress for “Saturday Night Live” and Best Character Voice-Over Performance for “Big Mouth.” And whaddaya know? She’s nominated in the exact same categories for the exact same shows this year. Can she defend both titles?

If Rudolph were to just win one, it’s likely to be comedy guest actress, where she is far and away the favorite in the odds. The “SNL” alum prevailed last year for her performance as Kamala Harris and she had even more material reprising her role as the eventual VP in Season 46 in the weeks leading up to the election. Unlike Season 45, she also hosted an episode, which serves as her submission, this past season. Rudolph, who also beat herself last year as she was nominated for “The Good Place” as well, would be the second person to win the category two years in a row after Jean Smart did it in 2000-01 with “Frasier.”

Even though he’s sixth in the odds, it’d be wrong to dismiss MacFarlane that easily as he’s a four-time time champ for “Family Guy.” He first won in 2000 when the category was just Best Voice-Over Performance and recognized voice-over acting and voice-over narration. In 2014, the category was split into Best Character Voice-Over Performance and Best Narrator, and MacFarlane won the former in 2016, ’17 and ’19. He was not nominated last year, so Rudolph did not defeat him en route to her win.

Pulling off this double-double will not be easy, but after going so long without Emmy gold, Rudolph could become a quadruple champ in a span of 12 months.

PREDICTthe 2021 Emmy winners through Sept. 19
Emmy odds for Best Comedy Guest Actress
Maya Rudolph is looking to go back to back