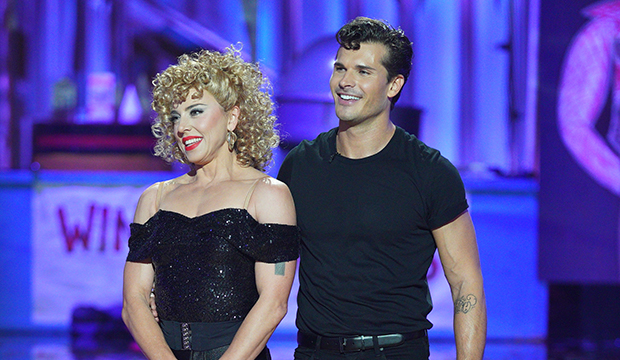 Melanie C and Gleb Savchenko were shockingly eliminated on “Dancing with the Stars” on Monday, and the pro pulled no punches when asked to describe how he felt afterward. “Like sh–. Feeling like sh–” Savchenko told Page Six.

The pair landed in the bottom two alongside Olivia Jade and Val Chmerkovskiy after both couples earned scores of 36 for their dances. For the second week in a row, the first three judges were split on who to save, leaving head judge Len Goodman to have the final say as his vote counts twice. Goodman saved Jade and Chmerkovskiy, sending the Spice Girl, one of the best dancers this season, home.

“Really, really, really disappointed,” Mel C said of going out fifth. “We can say all of the things — ‘Everyone’s brilliant, everyone’s really gone out there, done great dances, so entertaining’ — but we just did not want to go home at this point. We really thought and hoped we’d have a little bit longer in the competition.”

Savchenko thinks their placement as the penultimate performance on Monday’s “Grease” Night may have hurt them. “We [danced] second to last, so it gave us a little less time for the public to vote,” he theorized. “Maybe it was that, but also, it is what it is. Everyone is amazing. Everyone is killing it. The level of dance and the choreography and the production is out of this world, especially this season. I don’t think we’ve ever had a better cast. But this one killed it.”

The pro has nothing but love for Jade and Chmerkovskiy, who are doing “an amazing job,” and likens the tough decision the judges had to make to a real top-tier dance competition. “When you get to top 10 in the world … everyone is good. So it’s a matter of a choice, a matter of ‘What do you prefer?'”

Mel C also doesn’t hold anything against Goodman, calling the system “fair,” and is ultimately proud of herself for doing the show while well aware of the pressure on her to do well. “I have always been a little bit fearful of doing a show like this. I think part of it is because … you can be vulnerable, and it can be quite an intrusion into your privacy,” she shared. “I had such high expectations of myself and I felt like everybody else had very high expectations of me. So that put a lot of pressure on me. “Each week it was really, really difficult to go out there. I never danced to the best of my ability, but I did it, you know? I got out there and I did it and I’m proud of myself for that.”