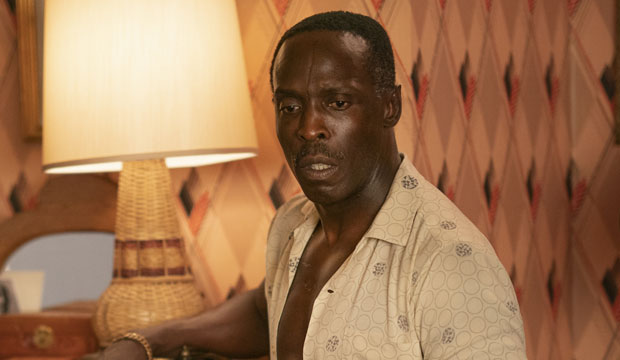 After winning a Critics Choice Award earlier this year, Michael Kenneth Williams (“Lovecraft Country”) entered Emmy season as a front-runner. And it would be a historic victory as there still have been no Black winners for Best Drama Supporting Actor — ever. But with only one of last year’s eight nominees eligible to return, this race is far from a done deal. And the Expert journalists we’ve surveyed from major media outlets are divided.

Williams has four previous Emmy nominations: three for Best Movie/Limited Supporting Actor (“Bessie,” “The Night Of,” and “When They See Us“) and one for Best Informational Program as a producer (“Vice”). He has yet to win, but 14 Experts think this is his year.

In “Lovecraft Country” he plays Montrose, who struggles with being Black and gay in 1950s Chicago while trying to mend his relationship with his son Atticus (Jonathan Majors). Montrose also struggles against deadly supernatural forces. The television academy didn’t used to take genre shows seriously, but a lot has changed over the last 10 years.

Consider that Peter Dinklage recently set a new record with four wins in this category for “Game of Thrones,” where he shared screen time with dragons. And the superhero sci-fi limited series “Watchmen” was 2020’s most awarded program. Like “Thrones” and “Watchmen,” “Lovecraft” is a prestigious HBO drama with weighty themes, so that would also seem to bode well for Williams.

But it’s hard to be sure since “Lovecraft” is a new show with no past Emmy track record to go on. Also, its season ended last October and there has still been no word on a second season, so might it have drifted from voters’ memories? If so, Williams could be upset by three actors from shows that already have strong Emmy track records.

Four Experts are betting on Tobias Menzies (“The Crown”) for taking over the role of Prince Philip that previously earned Matt Smith a nomination in this category in 2018. And before that John Lithgow won this award in 2017 for playing Winston Churchill on the show.

Three Experts predict Bradley Whitford (“The Handmaid’s Tale”) will prevail after earning a nomination in this category last year and winning Best Drama Guest Actor the year before for playing Commander Joseph Lawrence on the Hulu drama.

And the last three say Giancarlo Esposito (“The Mandalorian”) will surprise for his performance as Moff Gideon, which earned him a guest-acting bid last year; he too would make history as the first Black winner in this category So that’s a four-way split among our Experts with many, many other actors jockeying for position in the category. Will Williams hold on for the victory against stiff competition?