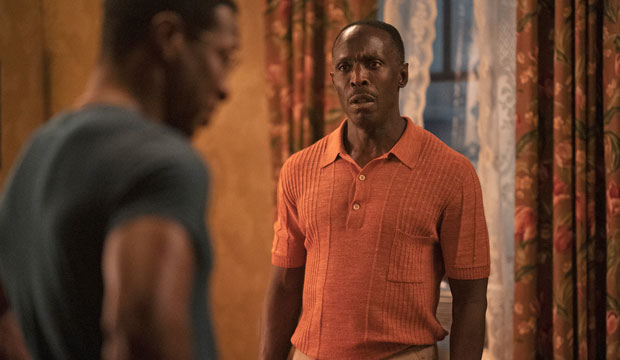 TV veteran Michael Kenneth Williams has earned four nominations at the Emmys, but he has yet to be recognized even once at the Golden Globes. He’s got a chance for “Lovecraft Country,” especially after that HBO horror series earned him his first ever Critics’ Choice nomination.

Williams co-stars in “Lovecraft” as Montrose Freeman, whose disappearance is the catalyst for the series, prompting his son Atticus (Jonathan Majors) to search for him. Montrose was a distant and at times abusive father, but he also harbored tragic secrets about his own past and repressed desires. He contends for Best Drama Supporting Actor for this morally, emotionally nuanced performance at Critics’ Choice.

A Golden Globe nom might be tougher, though. While Critics’ Choice has separate supporting categories for comedies, dramas, and movies/limited series, the Golden Globes cram them all together into one race for Best TV Supporting Actor. With so much more competition, those nominations can be a crapshoot.

That may be why Williams hasn’t been able to break through with the Hollywood Foreign Press Association that votes on the Globes. All of his acting nominations at the Emmys have been for supporting roles in movies or limited series: “Bessie” (2015), “The Night Of” (2017) and “When They See Us” (2019). Whenever the Globes have rolled around, he’s been crowded out. (His fourth Emmy nom was for producing the informational series “Vice.”)

But the Critics’ Choice windfall for “Lovecraft Country” might signal Williams’s best chance yet at Globes recognition. The series earned nominations in all four acting contests: Majors and Jurnee Smollett in lead categories, Williams and Wunmi Mosaku in supporting races.

Though the Critics’ Choice and Golden Globe Awards don’t share any voters in common, both organizations like to be ahead of the curve when it comes to honoring new and buzzworthy shows, so this love for “Lovecraft” could extend to the Globes when their nominations are announced on February 3.