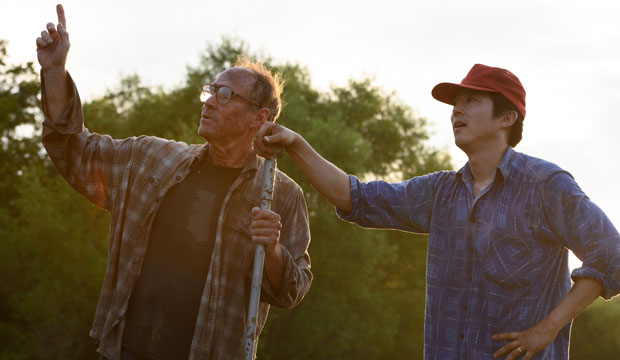 As of this writing, “Mank,” “Nomadland,” “News of the World,” “Tenet” and “Da 5 Bloods” are the five movies that are expected to land Academy Award nominations for Best Cinematography according to our racetrack odds. I urge you, however, to keep an eye out for A24’s “Minari,” which is in seventh place as of this writing and could earn cinematographer Lachlan Milne his inaugural Oscar nom.

Based on director Lee Isaac Chung‘s childhood growing up in a Korean-American family in rural Arkansas, “Minari” may not boast the type of flashy camerawork that you typically associate with this category (the award has recently gone to extravaganzas like “Gravity,” “The Revenant” and last year’s champ “1917”), but this intimate indie about the American dream has a strong rooting factor that could push it over the edge, not just in this category but in several others. It certainly wouldn’t be the first indie film to make the cut for cinematography, with its fellow A24 releases “The Lighthouse” (2019) and “Moonlight” (2016) managing to pull off citations quite recently, the latter of which was similarly a character-driven underdog contender with a strong rooting factor.

Milne is helped by “Minari” being one of the most critically acclaimed movies of this Oscar cycle, scoring a 99% approval rating on Rotten Tomatoes (based on 89 reviews) and a MetaCritic score of 87 (based on 17 reviews) ahead of its Feb. 12 release. What’s more, it’s been doing extraordinarily well at critics’ awards, raking in mentions across the board, including for Milne’s cinematography at the Columbus Film Critics Association and Houston Film Critics Society (and counting).

Even though all Oscar categories sans Best Picture are voted on by members of the corresponding branch — cinematographers nominate cinematographers — Milne’s chances of sneaking in may be bolstered by how “Minari” is received overall by the motion picture academy. Per our odds, it is currently forecast to scoop up four noms: Picture (fifth place), Director (fourth place), Supporting Actress (Yuh-Jung Youn — third place) and Original Screenplay (second place). The film’s odds in the directing race could be especially telling; if the directors branch lauds Chung’s work behind the camera, the cinematographers may similarly rally behind Milne’s visual style.

Best Actress (Yeri Han), Best Actor (Steven Yeun — who is on the bubble in sixth place but just got a SAG nomination), Best Original Score (which is not yet in our predictions center) and, yes, Best Cinematography are all realistically on the table if voters go all out for this film. And there’s reason to believe that they might: not only does “Minari” evidently have acclaim and passionate support (judging from its Golden Globe and SAG noms), but after “Parasite’s” historic Best Picture win last year and AMPAS’s efforts to diversify its membership post-#OscarsSoWhite, it might resonate with the academy now especially.