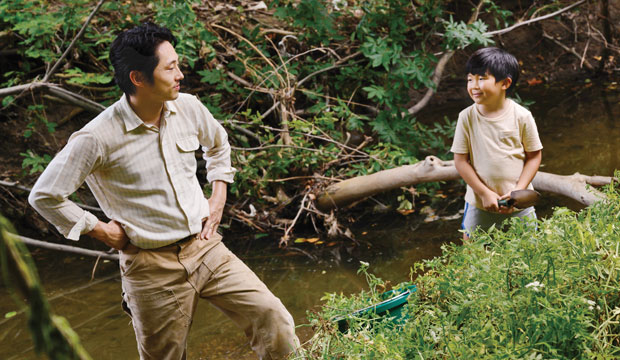 What a difference a few days can make! After scoring just a single Golden Globe Award bid for Best Foreign Language Film on February 3, A24’s “Minari” made a giant dent in the awards race the very next day, scoring a whopping three Screen Actors Guild Award nominations for ensemble, lead actor (Steven Yeun) and supporting actress (Yuh-Jung Youn). But how well do these mentions bode for the film’s Oscar chances? The odds look promising.

Since Globe nominations day, the film has climbed from sixth to fourth place in our Oscar odds for Best Picture, overtaking both “One Night in Miami” and “Mank” based on the combined predictions of Gold Derby users. Lee Isaac Chung has vaulted into fourth place for Best Director after breaking into the top five for the first time about a month ago, passing “One Night in Miami’s” Regina King. And Youn has moved up one spot from fourth to third place in Best Supporting Actress, surpassing “Pieces of a Woman’s” Ellen Burstyn (who has now dropped to sixth following her Globe and SAG Award snubs).

As of this writing it is expected to accrue a total of four citations from the motion picture academy, the fourth one being for Chung in Best Original Screenplay — one of the only categories in which the film actually dropped in our odds (from second to third place) post-SAG Award bids, but only because it was overtaken by “Promising Young Woman,” which has been on a similar upward trajectory after its four Globe noms, including for its screenplay. Don’t be surprised, however, to see “Minari” fare even better when the Oscar noms are announced on March 15, with Yeun already on the cusp of breaking into the Best Actor top five (he was nominated at SAG and Critics’ Choice and ranks sixth in our current odds) and the film generally gaining steam across the board.

The fact that SAG-AFTRA, a rather populist group with thousands of nominating committee members, embraced an intimate indie film like this one — which is based on Chung’s childhood growing up in a Korean-American family in rural Arkansas — could be indicative of how much passionate support it has. This is especially important since, as opposed to the Hollywood Foreign Press Association (which hands out the Golden Globes), SAG-AFTRA has actual membership overlap with the motion picture academy.

On top of that, “Minari” also scored 10 Critics Choice Award citations, two shy of nomination leader “Mank’s” 12.  Particularly impressive is how well it performed across the board, including two below-the-line noms for Best Score (which has not yet been included in our predictions center for the Oscars) and Best Cinematography. So expect the film to further rise up across the board in our Oscars odds in the days and weeks to come.