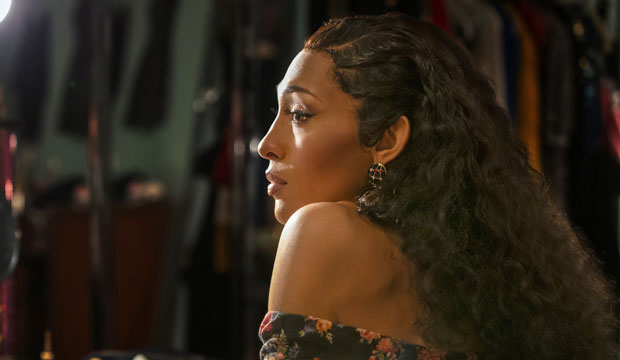 A crucial glass ceiling was broken when the 2021 Primetime Emmy nominations were announced on July 13: Mj Rodriguez earned her first bid, Best Drama Actress for the FX drama series “Pose.” That makes her the first openly trans performer to earn a lead-acting nomination from the television academy. Check out the list of nominations here.

“Pose” debuted in 2018 and was an awards success right out of the gate, earning a Best Drama Series nomination in 2019 for its debut season. But even though the show made history with the biggest cast of trans actors ever hired as series regulars for a TV series, the trans cast members couldn’t get on the board at the Emmys. For the show’s first two seasons the only acting recognition was for Billy Porter, who won Best Drama Actor in 2019 and was nominated again in 2020 and now 2021.

That changes with Rodriguez’s bid, which is impressive for her not just as a trans performer, but as a woman of color. If she prevails, she’ll be only the second Black woman to prevail in the category following Viola Davis (“How to Get Away with Murder”) and Zendaya (“Euphoria”). And she’d be the first Afro-Latina ever to win.

The transgender acting community has come a long way in the last 10 years. Laverne Cox blazed a trail by becoming the first openly transgender Emmy nominee for acting: her recurring role on “Orange is the New Black” earned her four bids in guest-acting categories. But elsewhere the industry was still hiring cisgender actors to play trans roles: even after Cox’s first nomination, Jeffrey Tambor won two Best Comedy Actor trophies for “Transparent,” though after his 2016 win he argued against casting cis actors in trans roles in the future.

So perhaps Rodriguez’s nomination is a tipping point in the industry as a trans woman of color finally receiving awards recognition for playing a trans woman of color. And that’s not the only significant recognition for the trans talent behind the show. Janet Mock and Our Lady J are also nominated for Best Drama Writing for the series finale episode alongside fellow queer scribes Ryan Murphy and Steven Canals. And “Pose” has more total nominations in one season than ever before (nine). Perfect 10s across the board for Emmy voters!