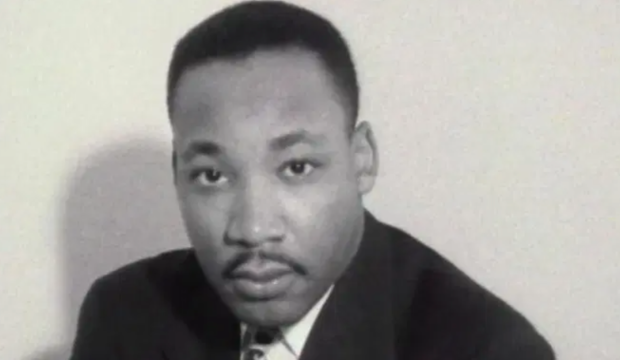 FBI director J. Edgar Hoover was obsessed with the Reverend Martin Luther King. And while the Civil Rights activist was putting his life on the line with his message of non-violence as he struggled and protested to bring civil liberties, freedoms and unalienable rights to African Americans, Hoover doggedly surveilled and harassed Dr. King. By the time of his “I Had a Dream” galvanizing speech on Aug. 26, 1963 during the March on Washington for Jobs and Freedom, King was described by the head of FBI domestic intelligence William C. Sullivan in a memo that the activist as “the most dangerous Negro in the future of this nation.”

The new award-winning documentary ‘MLK/FBI” is a vividly and frighteningly look at the extent of Hoover’s obsession with the Nobel Prize-winner. Directed by veteran documentarian/producer/editor Sam Pollard (“Sammy Davis, Jr.: I’ve Got to Be Me,” “Two Trains Running”), “MLK/FBI” is the first film to utilize recently discovered and declassified material that was gathered through the Freedom of Information Act that was unsealed by the National Archives. The documentary also features new discovered footage and several interviews including with Andrew Young, the politician who was a close confidant of King; Clarence Jones, King’s personal counsel, advisor and friend; and former head of the FBI James Comey.

Awards’ buzz has been strong for the IFC release since its premiere at the Toronto International Film Festival this past September. It had its streaming and limited theatrical release on Martin Luther King Day weekend. The lauded documentary is currently at 99 % fresh on Rotten Tomatoes. And on January 16, Pollard earned a Career Achievement Award at the International Documentary Association Awards.

In a recent interview Pollard discussed “MLK/FBI” with New Yorker staff writer Jelani Cobb who noted the documentary was an “amazing film, even for me, as someone who is fairly knowledgeable about the FBI’s relationship to Martin Luther King and the broader Civil Rights movement.” It was the film’s producer Ben Hedin, who read Pulitzer Prize-winner’s David J. Garrow’s book “The FBI and Martin Luther King Jr: From ‘Solo’ to Memphis” in 2018 and told Pollard it should be their next film.

“I read the book and agreed. We reached out to David and optioned the book. Then we went out to Pittsburgh about three or four months later with a camera crew and spent four hours with him and have him frame the whole story about MLK, his relationship with Stanley Levinson” (one of King’s closest advisor, an attorney and CPA who had associations with Communist groups) “how the FBI saw him being infatuated with Communism, so they got [attorney general] Bobby Kennedy, to surveil him.”

Married and the father of four, it is no secret in this era that King had mistresses. And “MKL/FBI” illustrates how the devious ways the FBI planned to use their surveillance of his encounters. “They thought that was evidence they could use to discredit and destroy Dr. King,” said Pollard. “It’s clear that they felt they didn’t have much to grab onto with King’s relationship with Stanley Levinson and other people who had been former members of the Community Party.” But when they heard Dr. King with other women- “they were surveilling his hotel rooms, his house and those of his confidents Andy Young, Clarence Jones and others, basically they said, ‘If this can help us destroy King, let’s do it.’’’

In 1964 the FBI sent King what is known as the “suicide letter” informing him that they would expose his extra-marital affairs stating, “there is but one way out for you,” which the activist thought meant they wanted him to kill himself.  They also sent tapes to his wife Coretta King. The FBI reached out to journalists and reporters about King’s sex life, “But no one took the bait,” said Pollard. “It was a different world. People didn’t want to get into people’s personal and private lives like they do now. They didn’t gain any traction at all.” King, Young and Jones knew they were being surveilled and wiretapped but they didn’t know the extent of the FBI’s reach. “They also knew there were informants within their organization reporting back to the FBI,” said Pollard.

Pollard and Hedin discussed if “MLK/FBI’ would do any harm to King’s amazing legacy as a Civil Rights pioneer. “I came away feeling very strongly that he was a human being who was complex like lots of us. I personally don’t think it’s going to diminish is reputation at all.” Pollard believes it will enhance it. “The man was so complex, dealing with everything he had to deal with both on the personal level, both on the social and political level. It’s amazing that he accomplished so much in such a short time.”