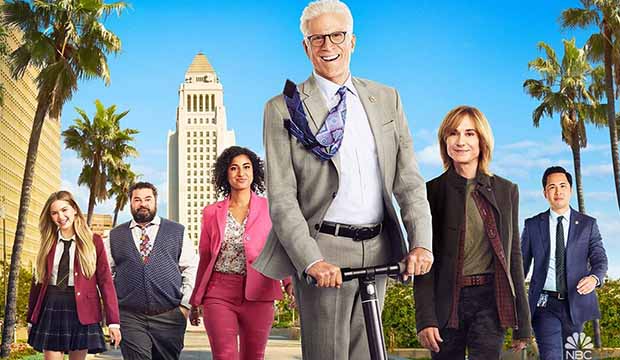 Tina Fey has produced two series that have earned multiple SAG Award nominations — “30 Rock” and “Unbreakable Kimmy Schmidt” — and she might just add a third at the 2021 awards. Her new NBC sitcom, “Mr. Mayor,” stars Ted Danson as a businessman running for mayor in Los Angeles, with Holly Hunter, Vella Lovell, Mike Cabellon, Kyla Kenedy and Bobby Moynihan filling out the cast. The show premieres January 7 on NBC and while most years it would be deemed ineligible for the upcoming SAG Awards, the circumstances of 2020 mean it will be on the ballot ahead of February’s nominations announcement.

If “Mr. Mayor” proves to be a breakout hit, it could be positioned very well at the exact moment the SAG nominating committee is voting. Such voters may be more likely to check out “Mr. Mayor” considering Fey’s pedigree, winning five SAG Awards for “30 Rock.” The show itself earned 22 SAG nominations in total, with a win for the show’s ensemble, four individual wins for Fey and an astonishing individual seven wins for Alec Baldwin. “Unbreakable Kimmy Schmidt” would earn three nominations for its four-season run — one for Tituss Burgess and two for Ellie Kemper.

Danson and Hunter are no slouches with awards either, with nine SAG nominations, four Emmys and an Oscar between them. What could also prove difficult for Danson to get in for “Mr. Mayor” is that he will also be on the ballot for “The Good Place,” but considering that show ended a year ago, the recency of “Mr. Mayor” could give it a boost. The Screen Actors Guild is known for skewing more towards established shows, so it will be an uphill battle for Fey’s new series to break through so quickly. But even if it doesn’t land nominations in 2021, “Mr. Mayor” could be a future contender if the audience responds to it well enough.

Screen Actors Guild members are allowed to vote on TV shows and films that debut through February. Golden Globes voters can select films debuting through February, but they decided to only allow television programs that aired in the 2020 calendar year.