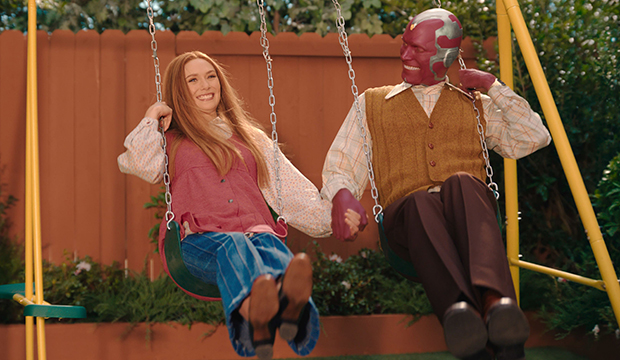 The 2021 MTV Movie and TV Awards air on Sunday, May 16, and Monday, May 17 — two years after the last golden popcorn kudos. The 2020 event never took place due to the COVID-19 pandemic. So who will win these awards, which are decided by fans voting online? Scroll down for our official racetrack odds in all 12 categories for scripted programs on Sunday night (Monday’s show will be focused on reality TV), with our projected winners highlighted in gold.

“WandaVision” comes in with a leading five nominations, and of those we’re betting on the Disney+ limited series to prevail three times based on the combined predictions of Gold Derby users: Best Show, Best Villain (Kathryn Hahn, since it was Agatha all along!), and Best Fight (Hahn vs. Elizabeth Olsen). This would be the first Marvel Cinematic Universe series to win top honors at these awards after three of the films won Best Movie: “The Avengers” (2013), “Black Panther” (2018), and “Avengers: Endgame” (2019).

Television is expected to dominate overall, which is fitting given how central it was to the media landscape in the last year due to movie theater shutdowns amid the global health crisis. Of the 12 total categories, TV shows are predicted to grab nine of them, with “Bridgerton” and “The Mandalorian” favored to claim two trophies apiece, along with one predicted victory each for “The Queen’s Gambit” and “Ted Lasso.”

The only awards likely to go to movies are Most Frightened Performance for Elisabeth Moss (“The Invisible Man”) and the two categories that honor movies exclusively: Best Movie (“Promising Young Woman”) and Best Performance in a Movie (Chadwick Boseman for “Ma Rainey’s Black Bottom”). If our predictions are right, this would be quite a drastic takeover since the MTV Movie Awards only added television in 2017. Do you agree with these bets?