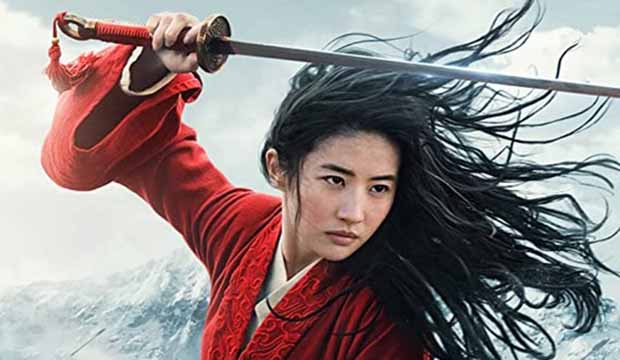 As one of the many films affected by the ongoing pandemic, Disney’s “Mulan” was delayed and ultimately released on the studio’s streaming service alongside a much smaller theatrical release last year. That makes it one of the few major studio films to be eligible for this year’s Oscars. Like the 1998 animated original, the remake tells the story of a young woman (Yifei Liu) in ancient China who pretends to be a man in order to take her father’s place in the Chinese army as they prepare to fight the invading Huns; the new version trades musical numbers for wuxia-style martial arts.

“Mulan” is just the latest of Disney’s many live-action remakes of its animated properties, and like its predecessors it brings its cartoon world to life with an impressive level of detail and craft. It’s no wonder that our odds show that the film will likely receive nominations in the costume design and production design categories.

If nominated, it would be following in the footsteps of 2017’s “Beauty and the Beast” remake, also nominated in those categories, as well as the 2015 “Cinderella” remake and 2014’s “Maleficent,” both nominated for Best Costume Design. If it manages to win in both categories, it would be the second Disney live-action remake to do so, after 2010’s “Alice and Wonderland.”

The Disney epic will likely face the same competition in both categories, from “News of the World,” “Ma Rainey’s Black Bottom” and “Mank.” All three films are period pieces, which tend to do well in these specific contests. Of course, even though it’s a fairy tale, “Mulan” is technically a period piece as well, with production designer Grant Major meticulously recreating 15th Century Imperial China.

Costume designer Bina Daigeler uses the same attention to detail to create the outfits for the characters, taking the traditional dress of the time period and adding vibrant colors and intricate details to create a unique look. Unsurprisingly, the design of the film is allowed to have a bit more flair than its competition. Much like its lead heroine competing against her fellow soldiers, “Mulan” could easily defy the odds and come out the victor.