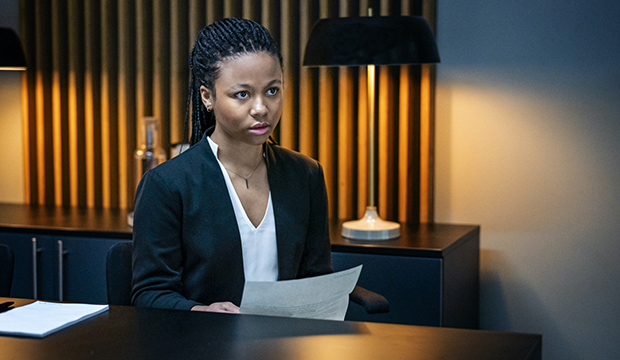 Though billed as an ensemble series, HBO’s new financial drama “Industry” has minted one clear breakout star in its lead actress Myha’la Herrold. With only four previous credits — Amazon’s anthology “Modern Love” among them — Herrold swiftly became the face of the show, which focuses on four recent college graduates who secure and try to hold on to cushy jobs in the stressful world of UK investment banking and foreign exchange. Though Herrold looks like a long shot for a Golden Globes nomination in our current combined odds, she’s just cracked our top 20 contenders for Best TV Drama Actress.

But the Golden Globes love both new TV series and especially breakout stars. In the comedy actress category, fresh faces often take home the prize — think Rachel Brosnahan for “The Marvelous Mrs. Maisel,” Rachel Bloom for “Crazy Ex-Girlfriend,” and Gina Rodriguez for “Jane the Virgin,” all of whom won for their shows’ first seasons. Even further back, HBO’s “Girls” scored nominations for Best Comedy Series and Best TV Comedy Actress for Lena Dunham in its first season and won both; Dunham directed the pilot of “Industry” and her influence could boost the show and Herrold’s chances.

SEE Golden Globes ‘Succession’ plan: ‘Industry’ could follow in the footsteps of HBO’s other financial drama

In the drama categories, “The Crown” and its star Claire Foy both won for the show’s acclaimed first season. Though “Industry” hasn’t become a phenomenon like “The Crown,” the Hollywood Foreign Press Association may have a hankering for another series about global capital and financial intrigue without HBO’s incumbent winner “Succession” eligible.

It won’t hurt Herrold’s chances that the series earned solid reviews for its inaugural outing with a 69 on Metacritic, indicating generally favorable reviews, and certified fresh with 77 percent on Rotten Tomatoes. Herrold gets singled out in many of those reviews: Judy Berman (Time), for example, applauds Herrold, who plays her character “with insight, intelligence and low-key intensity.”

Even if members of the HFPA only watch a handful of “Industry” episodes, Herrold makes a very strong first impression as the incredibly ambitious and winning Harper Stern, who hides and fudges aspects of her past in order to prove her worth as a trader on the foreign currency desk. Stern does just that, impressing her mentor (Ken Leung) and leveraging her burgeoning influence to put some of the misogynistic traders in their place. Herrold could similarly impress Globes voters and earn her career first, well-deserved nomination.