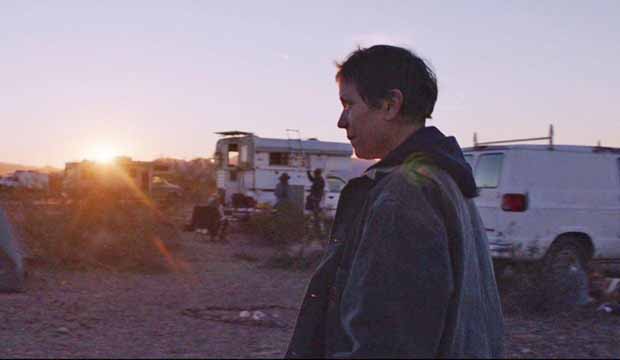 For almost half a century, the National Society of Film Critics (NSFC) , which was founded in 1966, rarely previewed the Oscar winner for Best Picture, doing so only five times in 49 years. But it has done just that three times in the last five years: “Spotlight” (2016), “Moonlight” (2017) and “Parasite” (2020). That stat bodes well for “Nomadland,” which dominated this year’s awards with wins on January 9 for Best Picture, Director (Chloé Zhao) and Actress (Frances McDormand).

Zhao also helmed this group’s pick for best pic two years ago, “The Rider.” She has already been feted by both the  New York Film Critics Circle and the Los Angeles Film Critics Association this awards season. As with those two groups, the NSFC also considered only films released in the 2020 rather than extending eligibility as has the Oscars to titles out by February 28.

So NSFC  didn’t look at the likes of “Everybody’s Talking About Jamie,” “Falling,” “French Exit,”  “Joe Bell,” “The Little Things,” “The Mauritanian,” “Supernova,” “The United States vs. Billie Holiday” and “The White Tiger.” Keep that in mind when making or updating your 2021 Oscar predictions.

Unlike most critics groups, the NSFC discloses the results of voting. Voting is conducted via a weighted ballot system. If no winner is declared on the first ballot, the category goes to a second ballot, this time without the proxies. The late Chadwick Boseman was the first runner-up for both Best Actor (“Ma Rainey’s Black Bottom”) and Supporting Actor (“Da 5 Bloods”).