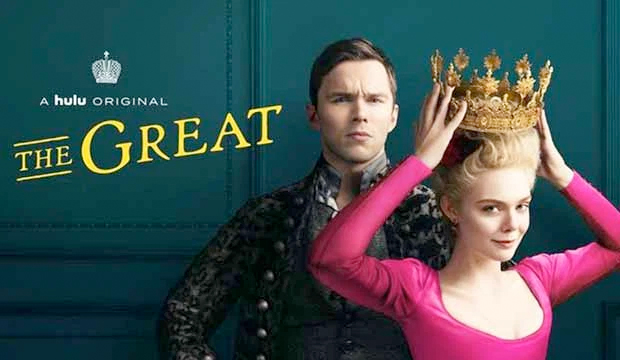 After the late December shift from comedy supporting to comedy lead at the 2021 Golden Globes, Nicholas Hoult‘s turn as Peter III of Russia in “The Great” is now being considered by a majority of predictors as a likely nominee. Hoult has broken into the top 5 of the Best TV Comedy Actor category with 21/2 combined odds and, as of this writing, 8 out of 10 Gold Derby editors are making that call, too.

Hoult, who gained attention 10 years ago as Beast in “X-Men: First Class” and has since had feature roles in Best Picture contenders “Mad Max: Fury Road” and “The Favourite,” finds new territory in the Hulu comedy that explores the initial years of Peter’s marriage to Catherine the Great (Elle Fanning). While the two characters are not a match made in heaven — Peter is a selfish and oversexed misogynist while Catherine dreams of educating her new country toward a gender-equal future — the actors are. Hoult and Fanning create one of the freshest pairings on television with genuine chemistry and a dedication to the show’s over-the-top and campy style.

“The Great” premiered last May, qualifying for the 2020 Emmy season and earning noms there for directing (Matt Shakman) and writing (Tony McNamara). In that race, Hoult competed in the supporting field, but the 2021 Golden Globes race is much different. While the Emmy champ Eugene Levy (“Schitt’s Creek”) is still present, Hoult won’t have to worry about Emmy nominees Ted Danson (“The Good Place”) or Michael Douglas (“The Kominsky Method”), who aren’t competing for the Globe.

The category is instead expected to fill up with debut season performances, something the Globes are known to love. In the last decade, the comedy lead actor category has gone to a performer for their first season of a show eight times, including the last two years’ winners Ramy Youssef (“Ramy”) and Douglas. That gives Hoult a big edge as he faces off against Levy, who is competing for his final season, but puts him at odds with Jason Sudeikis in the premiere season of “Ted Lasso” for Apple TV+.

Overall, “The Great” is expected to make a good showing at the Golden Globes. The series itself holds 5/1 odds for a comedy series nomination and Fanning seems strong at 9/2 odds in her comedy lead field.