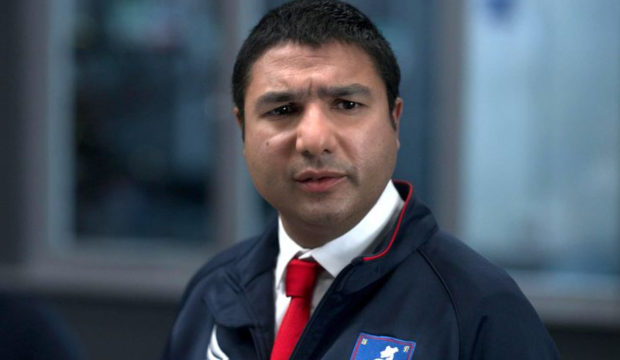 Nick Mohammed earned his first Emmy nomination this summer for the first season of “Ted Lasso,” but the best was yet to come for the actor, as Season 2 demonstrated. His character, Nate, went from lovable underdog doing what he loves as assistant coach for AFC Richmond to an aggrieved man with such resentment for Ted (Jason Sudeikis) that he jumps ship to work for the team’s rival at the end of Season 2. Mohammed’s gradual arc made him one of the MVPs of the Apple TV+ comedy’s second season, one that could give him a big presence in the award season to come.

In concert with subtle crafting by the show’s writing team, Mohammed delivered one of the most compelling performances of the year in this second season. As the actor outlined in a tweet after the finale, the seeds were planted for Nate’s betrayal all the way back in Season 1, with hints at the character’s nasty side. Mohammed leaned into Nate’s established insecurity over not fitting in and added a snarkier edge once he got more power, finally boiling over after one too many micro-aggressions. Critics have been universal in their praise for Mohammed this season, with Forbes describing his turn as “chilling” and “The New York Times” praising his performance in the finale as “superb.”

This will likely give Mohammed his second consecutive Emmy nomination next year, but could he collect some hardware at the upcoming winter awards, too? The Screen Actors Guild Awards have traditionally been friendly to standout supporting performances in ensembles they like, to the point of even giving them a win, such as Tony Shalhoub (“The Marvelous Mrs. Maisel”), Uzo Aduba (“Orange Is the New Black”) and Sandra Oh and Chandra Wilson (“Grey’s Anatomy”).

This could greatly benefit Mohammed, as a season MVP in the series that will likely win Best Comedy Ensemble. Sudeikis and co-star Brett Goldstein are currently being predicted to earn nominations in Best Comedy Actor, according to the latest Gold Derby odds, but with so many open slots, it is possible that Mohammed could sneak in right alongside them. SAG voters have proven that when they like a show, they really like a show, and “Ted Lasso,” which just won three acting awards at the Emmys, is in a prime position to reap the benefits.