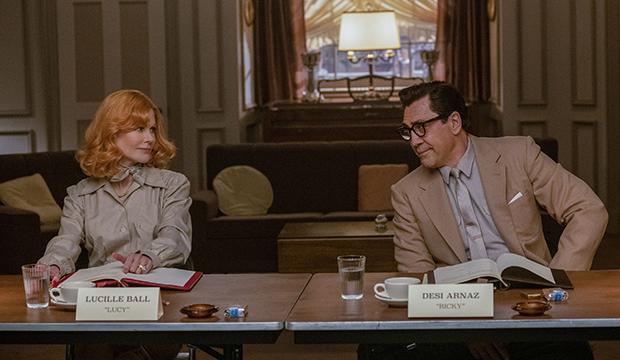 Perfect timing or just in the, uh, nick of time? After weeks of zero movement, the Best Actress Oscar top five has been crashed by none other than Nicole Kidman. Since “Being the Ricardos” started screening two weeks ago, Kidman has cut her deficit in half, rising from eighth place to fourth in the overall odds.

The Oscar winner sits behind Kristen Stewart (“Spencer”), who’s holding steady in first, Jessica Chastain (“The Eyes of Tammy Faye”) in second, and No. 3 Olivia Colman (“The Lost Daughter”), who collected her first win of the season at the Gotham Awards on Monday. Penelope Cruz (“Parallel Mothers”) trails her in fifth place. Of note, though, is that Kidman has the second highest amount of Experts picking her to win, with four to Stewart’s 12. Colman has three, while Chastain and Cruz have two each.

Despite her A-list status, Kidman’s name wasn’t heavily bandied about early in the season, perhaps due to the skepticism and backlash around her casting as Lucille Ball in the Aaron Sorkin film. But Kidman silenced all the haters when “Being the Ricardos” screened to stellar notices for her performance as the television icon. Sorkin also hit back at the outrage and explained why he never wanted Kidman to look like Ball, whom, he pointed out, people tend to conflate with her “I Love Lucy” protagonist Lucy Ricardo.

This would be the fifth Oscar nomination for Kidman, who feels like someone (especially with that resume) who should have a couple more under her belt. She has three Best Actress bids for “Moulin Rouge” (2001), “The Hours” (2002) and “Rabbit Hole” (2010), winning for the second film, and a Best Supporting Actress nomination for “Lion” (2016).

“Being the Ricardos” doesn’t hit theaters, in limited release, until Dec. 10 before arriving on Amazon Prime Video on Dec. 21, so Kidman may not be done climbing here as more folks get to see her performance.