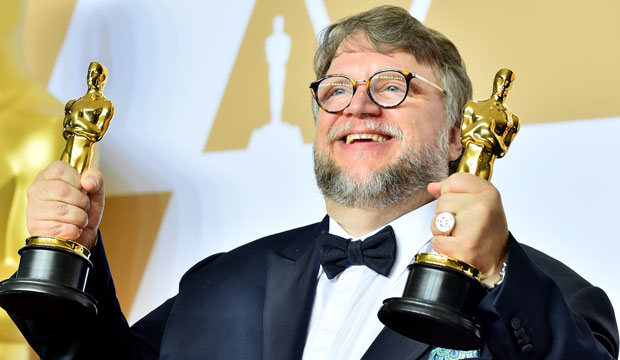 With so much yet to be seen or released, it’s hard to make confident predictions about what will happen in the months to come in the 2022 Oscar race for Best Picture. But devoted awards watchers have been reading the tea leaves for months already, and since our predictions center opened in late July we’ve had more than 1,500 users chime in with their early picks. So what does the race look like right now?

As of this writing “Nightmare Alley” is the favorite to win Best Picture with leading odds of 9/1. The film was originally expected for 2020, but the COVID-19 pandemic shut down production. Now it’s scheduled for release on December 3, 2021 from Searchlight Pictures, the studio behind past Best Picture winners “Slumdog Millionaire” (2008), “12 Years a Slave” (2013), “Birdman” (2014), “The Shape of Water” (2017), and reigning champ “Nomadland” (2020). But it hasn’t been seen yet, so what besides its studio and release date makes our users think it’s the top contender?

SEE‘House of Gucci’ trailer reactions: ‘This looks like an absolute blast’ … Lady Gaga is ‘sweeping’ the awards

A lot, actually. It’s director Guillermo Del Toro‘s followup to the aforementioned “Shape of Water,” and while it may seem too soon for a filmmaker to win again, it would actually continue a trend. His two amigos — fellow Mexican filmmakers Alfonso Cuaron and Alejandro Gonzalez Inarritu — won two Best Director Oscars apiece within short spans: Cuaron for “Gravity”(2013) and “Roma” (2018) five years apart, and Inarritu for “Birdman” (2014) and “The Revenant” (2015) back-to-back.

The cast is also a who’s-who of Oscar contenders. Its led by Bradley Cooper as manipulative carny Stan Carlisle; he’s overdue with eight nominations and no wins. He stars opposite double Oscar champ Cate Blanchett as dangerous psychiatrist Lilith Ritter. The rest of the cast includes Oscar winner Mary Steenburgen and Oscar nominees Willem Dafoe, Toni Collette, Richard Jenkins, Rooney Mara, and David Strathairn. The film also reunites him with composer Alexandre Desplat, cinematographer Dan Laustsen, and costume designer Luis Sequiera, all of whom were Oscar-nominated for “Shape of Water” with Desplat winning.

Based on William Lindsay Gresham‘s 1946 novel and boasting that elite cast and crew, “Nightmare Alley” has all the ingredients for an Oscar front-runner, which can be a blessing and a curse. That kind of pedigree raises expectations, which opens the door for potential disappointment. That could clear the way for the kinds of unconventional films that have been winning Best Picture lately, but which are hard to see coming so early in the season, like “Moonlight” (2016), “Parasite” (2019), and “Nomadland” (2020).

Time will tell if “Nightmare” maintains its position as the season progresses or if it’s challenged by its close competitors “The Tragedy of Macbeth” (19/2 odds), “Soggy Bottom” (19/2 odds), “House of Gucci” (10/1 odds), and “Dune” (23/2 odds). We’re bound to see fluctuation in our odds as fall festivals and press screenings make the picture for Best Picture a little clearer.