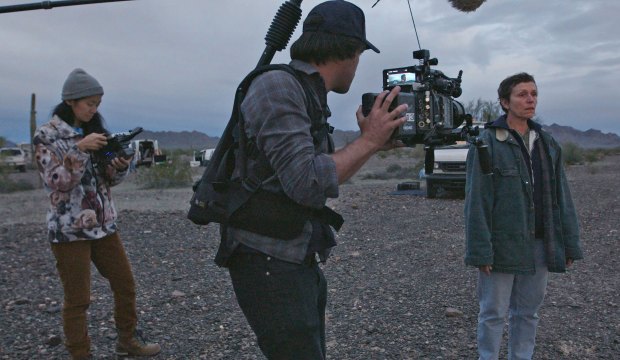 “Nomadland” won Best Feature at the Gotham Awards, held on January 11 and honoring the best achievements in American independent film from the year 2020. This is the second win in three years for director Chloe Zhao, whose “The Rider” previously upset to win the top prize in 2018 against “The Favourite,” “If Beale Street Could Talk” and “First Reformed.” Check out the complete list of Gotham winners here.

The Gothams are tougher to predict than most awards shows since winners are decided by small juries composed of five film industry insiders each (Best Feature was decided by Joshua Astrachan, Chiwetel Ejiofor, Johnny Ma, Cynthia Nixon and Mary Jane Skalski). The makeup of those juries can swing results in unique ways, but it also levels the playing field so that under-the-radar films are not disadvantaged against the highest-profile nominees (we’ve noted all jurors on our list of winners).

Indeed, while “Nomadland” won Best Feature, as well as the Audience Award voted on by members of the Independent Filmmaker Project, its star Frances McDormand was upset for Best Actress by Nicole Beharie for her performance in “Miss Juneteenth” as a former teen beauty queen who enters her own teenage daughter in a pageant. And Riz Ahmed (“Sound of Metal“) as a suddenly deaf drummer defeated current Oscar front-runner Chadwick Boseman (“Ma Rainey’s Black Bottom”) for Best Actor. Boseman, however, was the recipient of a special posthumous tribute celebrating his life’s work.

There were ties in two other categories. Best Documentary went to both “Time” and “A Thousand Cuts,” the latter of which was an underdog in our odds. Best Screenplay was awarded to “The Forty-Year-Old Version” and “Fourteen,” both overtaking the film we expected to win, “First Cow.” And in addition to the awards for film, the Gothams presented a couple of prizes to breakthrough TV programs: “Watchmen” (for shows 40 minutes and longer) and “I May Destroy You” (for shows under 40 minutes).

What did you think of the Gotham winners? Will they have influence over the Oscars in this long, pandemic-extended awards season?