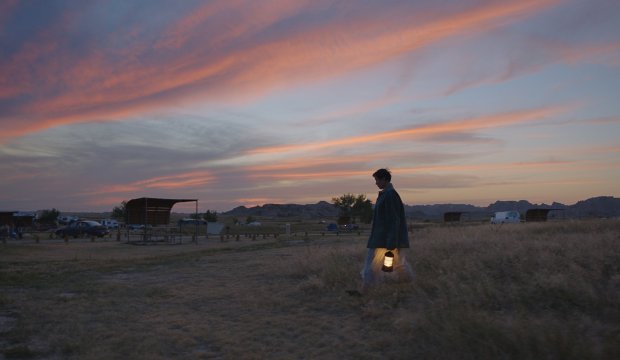 Unsurprisingly with such accolades on its resume, “Nomadland” has been the top choice among Gold Derby awards experts for months. The Frances McDormand feature has held firm as the top contender in the Best Picture race since September. But its long run as the 2021 Oscars favorite perhaps belies the film’s true uniqueness in Academy Awards history. Few Best Picture nominees in the last 20 years focus so exclusively on women. In fact, as the Washington Post pointed out last year, since 2000, “only 22 of the 143 best picture nominees were female-led.” Moreover, only two films with female leads have won: 2001’s “Chicago,” a flashy musical based on a legendary Broadway show, and 2017’s “The Shape of Water,” a science-fiction romance about a giant fish-man and the woman who loves him.

“Nomadland” is not like those films either. It’s a meditative drama about economic decay and overcoming grief, but without any Hollywood mythmaking or mawkishness to telegraph how the audience is meant to feel. Rather than an all-star cast, it features just two recognizable faces: McDormand and David Strathairn. The rest of the cast is made of up real-life nomads and migrant workers, ostensible non-actors who give unassuming performances under Zhao’s watchful eye. There are no musical numbers, although McDormand does sing “What Child Is This? (Greensleeves)” at one point. There are no fish kisses either, though the relationship between the characters played by Strathairn and McDormand does factor heavily into the plot. If “Nomadland” were to win Best Picture and make good on its promise as a months-long front-runner, it would be as much of a historic Oscars outlier as “Moonlight.”

Can it happen? Over at HuffPost, entertainment writer and Gold Derby expert Matthew Jacobs recently wrote that as unorthodox as a “Nomadland” win would be, its possible victory perhaps best suits this unorthodox awards season. After all, the Academy Awards have been delayed for months because of the coronavirus pandemic, and with theaters closed, streaming films make up the bulk of the contenders. (“Nomadland,” which is out in limited release where theaters are open, is out now on Hulu via Searchlight Pictures.)

But maybe the path for “Nomadland” to win Best Picture isn’t as unconventional as it might seem. It’s an unspoken Oscars rule that Best Picture should reflect the current cultural climate in some fashion. On the surface, “Nomadland” does just that: it’s about economic inequality and the growing chasm between the haves and have nots of society. But there’s a deeper meaning to the film right now, too. Of all the films in the race, “Nomadland” feels almost in conversation with an audience rattled by the coronavirus pandemic. It’s about solitude and contemplation, about processing grief and what it means to move on after tremendous loss, and even features a scene where Fern (McDormand) learns about the virtues of properly using rubber gloves to avoid germs. “Nomadland” is about American life without ever mythologizing American life and Zhao’s film never judges its characters or even the world around them; as one of last year’s Best Picture nominees was more than happy to acknowledge, it’s what it is.

Which doesn’t make it a slam dunk winner, of course. (“The Irishman” surely wasn’t.) While critics have loved “Nomadland,” it remains to be seen if Oscar voters will have the same affection for Zhao’s film, especially while watching it from their couches instead of theaters as intended. Overall, “Nomadland”  received six total nominations at the 2021 Academy Awards: Best Picture, Best Director for Zhao, Best Actress for McDormand, Best Adapted Screenplay, Best Editing, and Best Cinematography. It performed as many expected — neither exceeding expectations with a surprise nomination in the Best Supporting Actor category for Strathairn nor stumbling with an unforeseen snub. An academy that often likes to spread the wealth could honor another favorite, such as “Minari” or “The Trial of the Chicago 7,” for Best Picture, acting on the assumption “Nomadland” will win at least two Oscars: Best Director and Best Adapted Screenplay, both for Zhao.

But more often than not, Best Picture winners meet the moment. Zhao couldn’t have anticipated “Nomadland” would debut on Hulu over the same weekend that the death toll from COVID-19 moved toward 500,000 in the United States, but her contemplative film felt entirely appropriate for the somber and grim milestone. “Nomadland” ends with a dedication to “the ones who had to depart” and a hope to see them again “down the road.” After a year marked by such tragedy, its message is universal.

“The world is trying to divide us,” Zhao said last year in an interview with Indiewire. “In the past several months, we’ve all gone through a version of what Fern has felt — this feeling of great loss to a life that you used to have. It’s just this void you feel, the need to go back to normal, which leads to acceptance and how you can grow to ultimately feel OK with your place in the world. That’s what a lot of people need right now.” The safe bet is that Oscar voters will agree.