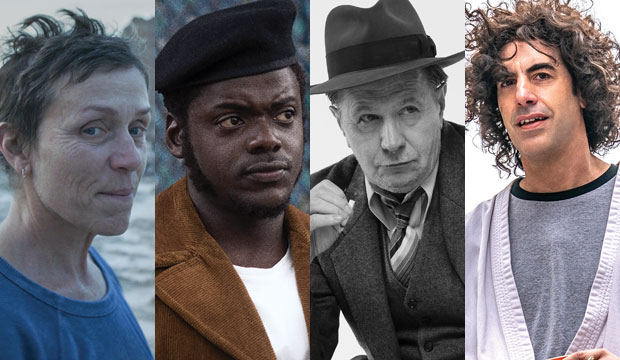 The Oscar nominations were announced on Monday morning, March 15, after an unusual awards season extended by two months due to the COVID-19 pandemic. But now that we know who the contenders are, which films are looking stronger in the race for Best Picture, which films took a hit, and which are holding steady? Check out the complete list of nominations here.

“Judas and the Black Messiah” — We knew it had a good chance at a Best Picture nomination, but the fact that it got not one, but two nominations for Best Supporting Actor (for front-runner Daniel Kaluuya, plus LaKeith Stanfield, who had been campaigned as a lead), in addition to bids for writing and cinematography is a major coup for the film. Is it weird to have both title characters in the film nominated as supporting actors? Very much so, but getting them both in is a major show of support for the film as a whole.

“Nomadland” — The front-runner for most of the awards season and the winner at the Golden Globes and Critics Choice Awards, this film got everything it needed to secure its place as a leading contender to win Best Picture, including recognition for its directing, writing and editing (all for Chloe Zhao), for its acting (Frances McDormand) and for its cinematography. It’s far from a done deal for the film, but it’s in good shape as one of only two films to receive nominations for directing, writing, editing, and acting. The other one was …

“Promising Young Woman” — It also got everything it needed to be considered a top contender to win Best Picture: Best Director and Best Original Screenplay for Emerald Fennell, Best Actress for Carey Mulligan, and even Best Editing, which was far from a sure thing. Could this be a two-way race for Best Picture?

“Sound of Metal” — No directing nomination for Darius Marder, but the film scored everywhere else it was a major contender: Best Actor (Riz Ahmed), Best Original Screenplay, Best Film Editing and Best Sound. It even managed a Best Supporting Actor nom for Paul Raci, who we knew was a strong contender but had been snubbed by the Screen Actors Guild.

“Mank” — As expected, the technically ambitious film about screenwriter Herman Mankiewicz led the nominations with 10, including Best Picture, Best Director (David Fincher), Best Actor (Gary Oldman) and Best Supporting Actress (Amanda Seyfried). It also cleaned up in craft categories, showing strong support for the film across the entire academy. However, it wasn’t nominated for its editing, and even more conspicuously, it wasn’t nominated for its screenplay despite being a dialogue-heavy film about a screenwriter. No film since “Titanic” has won Best Picture without a writing bid, so this may be an uphill climb.

“The Trial of the Chicago 7” — Down but not out. It was nominated for Best Picture, Best Supporting Actor (Sacha Baron Cohen), Best Original Screenplay (Aaron Sorkin), Best Editing and even Best Cinematography and Best Original Song — great news for the fact-based legal drama. But Sorkin was snubbed for Best Director despite earning a nomination from the Directors Guild. That may not be a deal-breaker, though. “Green Book” was snubbed for its directing at the Oscars just a couple of years ago and managed to win Best Picture anyway. The snub certainly doesn’t help, but we’ll still need to keep our eyes on this one as a potential Best Picture winner.

“The Father” — After mixed results on the awards campaign trail, including a snub from the American Cinema Editors, the film about a man suffering from dementia surged at the Oscars with nominations for Best Picture, Best Actor (Anthony Hopkins), Best Supporting Actress (Olivia Colman), Best Adapted Screenplay, and yes, for its editing too. It was even cited for its production design. It wasn’t nominated for Florian Zeller‘s directing, though, and while we weren’t predicting it there, that would have helped its case as a potential Best Picture dark horse.

“Minari” — This emotional independent film about a Korean-American family’s move to Arkansas to start a farm has been winning over awards groups all season, and the motion picture academy was no exception. It has bids for Best Picture, Best Director (Lee Isaac Chung), Best Actor (Steven Yeun), Best Supporting Actress (Yuh-Jung Youn) and Best Original Screenplay (Chung), in addition to a nom for its score, though it’s missing from the editing category, usually a bad sign for a film jockeying for Best Picture. Only “Birdman” in the last 30 years has one Best Picture without an editing nom.