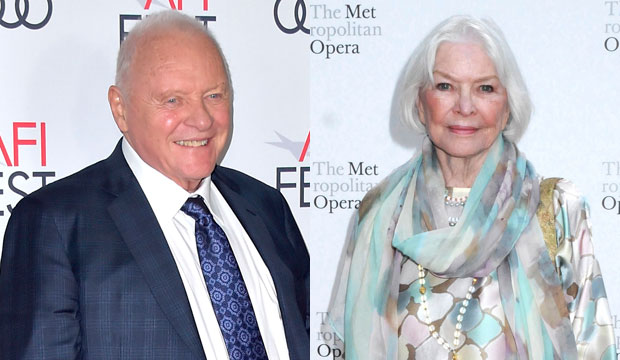 Christopher Plummer made history when he won Best Supporting Actor for “Beginners” at the Oscars held in February 2012. He was 82-years-old, which made him the oldest acting winner in academy history. He has held that record for eight years, but it could be broken in 2021 — twice — if Anthony Hopkins (“The Father”) and Ellen Burstyn (“Pieces of a Woman”) take home prizes.

Hopkins is the front-runner to win Best Actor according to the combined predictions of thousands of Gold Derby users as of this writing. He gets leading odds of 19/5 for his role as an aging man who increasingly struggles with dementia as his daughter (Olivia Colman) tries to care for him. Hopkins turns 83 in December, so he’ll be a little more than a year older than Plummer was in 2012. This would also give Hopkins a long-awaited Oscar bookend: it would be his second victory following his iconic Best Actor win as Hannibal Lecter in “The Silence of the Lambs” almost 30 years ago.

Burstyn has been waiting even longer for a second Oscar. She has been nominated six times to date, winning Best Actress for “Alice Doesn’t Live Here Anymore” (1974), so it has been almost a half-century since she prevailed. This time she could win for her supporting role in “Pieces of a Woman” as the meddlesome mother whose daughter is struggling to cope with a traumatic tragedy. She currently ranks fourth in our Best Supporting Actress predictions with 13/2 odds, but that race looks pretty open at the moment, especially since the reviews for Glenn Close‘s film, “Hillbilly Elegy,” weren’t too great.

Burstyn would eclipse Hopkins in the Oscar history books: she turns 88 in December, which would make her the oldest acting champ in history. In fact, since the Oscars aren’t until April due to the COVID-19 pandemic, she’d also set a new record as the oldest acting nominee in history. Plummer holds that record too: he was 88 years and 41 days old when he contended most recently for “All the Money in the World” (2017). How much history do you think will be made by the academy in 2021?