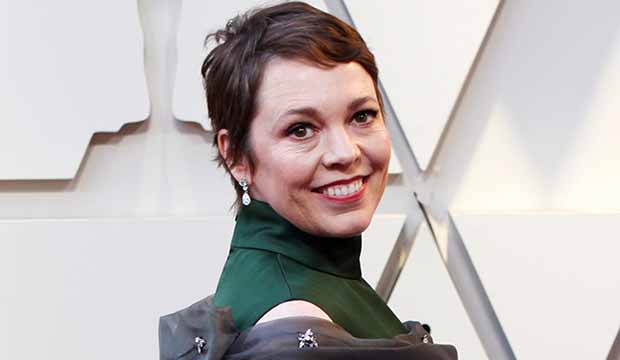 It was only two years ago when Olivia Colman earned her first Academy Award nomination for her portrayal of Queen Anne in “The Favorite.” She won the lead actress prize that night and is now returning to the Oscar stage with a second nomination, this time for Supporting Actress in “The Father.” Should she win, Colman would become a rare two-time winner earning a second in such a short time span.

The last time another actor won their second Oscar in such quick succession was Mahershala Ali who took the Supporting Actor prize in 2017 for “Moonlight” and again in 2019 for “Green Book.” That two year span is the same turn-around that Colman would achieve this year. The most recent actor to do it even quicker than that is Tom Hanks, who won back-to-back Best Actor trophies in 1994 and 1995 for “Philadelphia” and “Forrest Gump.”

In “The Father,” Colman plays Anne, daughter to Anthony Hopkins‘ stubborn Anthony who is struggling with the realization that he’s aging. The two engage in a mental tug-of-war as they cope with the changing circumstances of Anthony requiring full-time care and oversight. “The Father” is based on a play written by its own writer/director Florian Zeller that won numerous theater awards, including a Tony for Frank Langella. As Anne, Colman reminds us that she is just as captivating in a contemporary piece as a character whose life struggles are more relatable than those of a queen.

To win, Colman would have to prevail over two women who’ve won key precursors. Youn Yuh-jung (“Minari”) defeated Colman at SAG and BAFTA while Maria Bakalova (“Borat Subsequent Moviefilm”) did so at the Critics Choice. The other two nominees are Glenn Close (“Hillbilly Elegy”) and Amanda Seyfried (“Mank”) who, like Colman, were also nominated at precursors, but failed to win.

Colman is the only Oscar champ among the five nominees in a category that historically does not favor former winners. The last time the Supporting Actress champion was an Oscar winner was in 1995 when Dianne Wiest won for “Bullets Over Broadway.” It has happened only three other times in Oscar history, and only once when the first win was in lead (Maggie Smith in 1979 for “California Suite”). Shelley Winters won this awards twice while Ingrid Bergman won her third in supporting after taking two in lead.