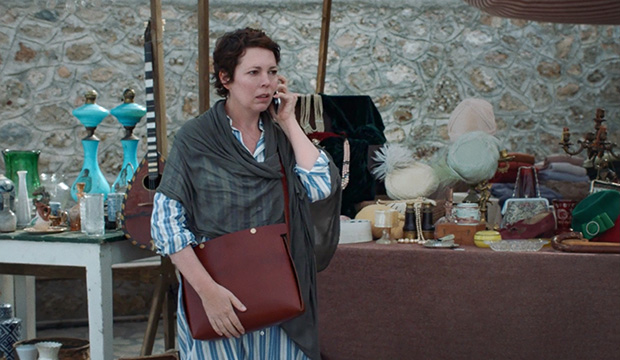 Few actors in recent years have been able to capitalize so thoroughly on their Oscar win as Olivia Colman. After her upset win in 2019 for “The Favourite,” the actress took on a plum role opposite Anthony Hopkins in “The Father” which earned her a second Oscar bid earlier this year. She also played Queen Elizabeth II in two seasons of “The Crown,” which won her an Emmy in September. Now, Colman is positioned to contend at the Oscars yet again for her layered performance in “The Lost Daughter,” with the potential to repeat the trajectory of another respected British thespian, Glenda Jackson.

Much like Colman, Jackson won her first Oscar on her first nomination back in 1971 for “Women in Love.” She earned another bid the following year for “Sunday, Bloody Sunday” and won at the Emmys that same year for “Elizabeth R,” playing, eerily enough, Queen Elizabeth I. Jackson then won her second Oscar in 1974 for “A Touch of Class,” just three years after her first. History could repeat itself almost 50 years later, with Colman similarly winning three years after her first Oscar, with an Emmy in between to tide her over.

Following her win at the Gotham Awards last week, Colman is solidly in third place for a Best Actress nomination at the Oscars, according to our latest odds. She is expected to compete against multiple actresses in biopics, including Kristen Stewart in “Spencer,” Nicole Kidman in “Being the Ricardos” and Jessica Chastain in “The Eyes of Tammy Faye.” If voters are more interested in rewarding an actress portraying an original character, as Colman plays in “The Lost Daughter,” she is looking like the leading contender to pull off another Oscar upset.

“The Lost Daughter” finds Colman exploring a somewhat new side that mainstream audiences may not be used to seeing from her. There is a coldness in her approach, playing a hardened woman who develops an odd connection with a young mother while on vacation. Both “The Favourite” and “The Father” allowed Colman to portray more fragile characters, while “The Lost Daughter” has her simmering with resentments while reflecting on her past choices. Oscar voters, especially those who have only just now gotten to know her style, will likely be impressed by her soul-bearing work here.