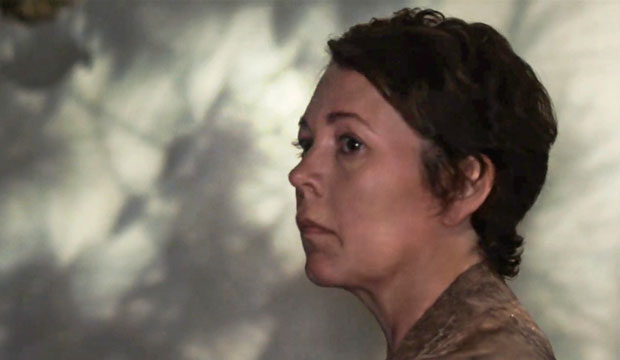 If there’s one thing we should know by now, it’s never to underestimate Olivia Colman at an awards show. She was a surprise Oscar winner for “The Favourite,” and she was recently a surprise Emmy winner for “The Crown.” Well, she’s got another chance at Oscar for her role in Maggie Gyllenhaal‘s directorial debut, “The Lost Daughter,” and she’s been gradually climbing in our odds.

As of this writing Colman ranks seventh for Best Actress with 14/1 odds based on the combined predictions of thousands of Gold Derby users. So she’s not quite among the top five predicted nominees yet, but there’s still a very long runway between now and the Oscar nominations in January, and it has taken less than a month for Colman to ascend from hardly being in the conversation at all. The Netflix film doesn’t open until December, and it’s set to stream on New Year’s Eve, so interest in it certainly hasn’t peaked yet.

In “The Lost Daughter,” she plays Leda, a woman on vacation who becomes obsessed with another woman and her child, which forces her to confront her own past. The film premiered at the Venice Film Festival in early September, winning the Best Screenplay award for Gyllenhaal. The reviews for the film have been stellar so far, with critics saying Colman gives an “outstanding” performance of “jagged brilliance.”

The irony is that when she won for “The Favourite,” she said in her speech that she hoped her children were watching because “this is not going to happen again.” But after an Emmy, a couple of SAG Awards, a few Golden Globes, a few BAFTAs, and that Oscar, they’re perhaps starting to get used to it.

Oscar odds for Best Actress
Who will win?