Is Olivia Jade a dark horse to win “Dancing with the Stars” season 30? She’s a social media personality who has been under the shadow of the Operation Varsity Blues scandal, but she has already turned out to be an impressive dancer. Watch her week two Viennese waltz with her pro partner Val Chmerkovskiy above, and see what the judges had to say about it below.

SEE‘Dancing with the Stars’ First Elimination night recap: How did ‘DWTS’ deal with Cheryl Burke’s COVID, and who was sent home? [UPDATING LIVE BLOG]

Derek Hough: “There is a purity in your performance. When I see you dancing, I don’t see you thinking about the routines. I just see you enjoying it. It’s such a breath of fresh air. You’re like a breeze dancing across the oak floor. It’s gorgeous, well done. I really, really was impressed with that. Beautiful!”

Bruno Tonioli: “It was flowing, seamless. For a beginner at ballroom, you’ve done incredibly well. There were a few slight hiccups, especially on the footwork … but I have to say, great job.”

Carrie Ann Inaba: “Olivia, I’m so impressed with what Derek was talking about. There’s this trust and this vulnerability when you’re dancing, which I’ve seen in the past leads to fantastic endings, because it’s all about partnerships … With performances like that, your journey will probably not be very short.”

Jade scored sevens from Inaba, Hough, and Tonioli, along with a six from Goodman, giving her a total for the night of 27 out of 30. That was an improvement from her season premiere performance. What’s more, when the judges’ scores from both weeks were combined Jade placed sixth out of 15 celebrities, which is pretty impressive since she’s being measured against an Olympic gymnast (Suni Lee), a seasoned Broadway performer (Amanda Kloots), and an experienced dancer (JoJo Siwa). If her online fans turn out for her in addition to scores like that, we’d be foolish to underestimate her for the Mirror Ball Trophy. 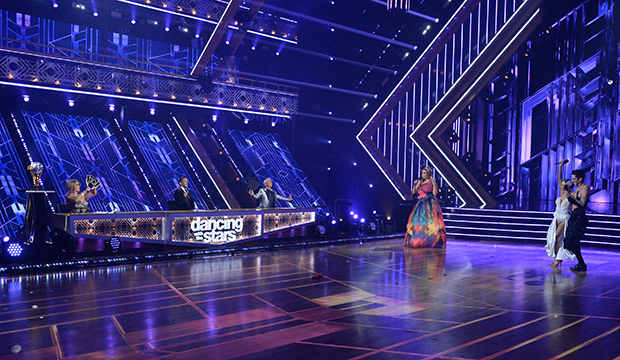