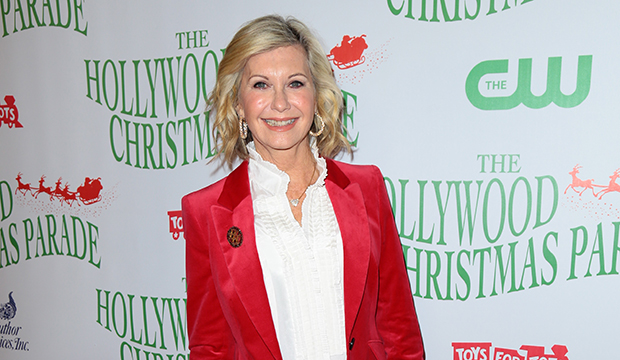 If you’ve got chills and they’re multiplying, it’s with good reason. Olivia Newton-John will make a special appearance on Monday’s “Dancing with the Stars” for the show’s “Grease” Night.

“Olivia Newton-John will be making a surprise guest appearance on Monday’s show, in support of the competing couples who will dance to the music from her iconic film role,” a show rep told E! News.

Newton-John will be the third “Grease” star to drop by the episode. She joins the previously announced Frankie Avalon, who will perform his character Teen Angel’s signature tune “Beauty School Dropout” live, and Frenchy herself Didi Conn. It’s unclear if Newton-John and Conn will participate in anything.

SEE ‘You’re the ‘Dancing with the Stars’ lineup that I want: See who’s performing what on ‘Grease’ Night

This will mark Newton-John’s second appearance on “Dancing.” The Grammy winner, who’s been battling her third bout with breast cancer since 2017, served as a guest judge on Famous Dances Night in Season 21 in 2015. On that night, Hayes Grier and Emma Slater performed a jazz to her and John Travolta‘s “Grease” hit “You’re the One That I Want.” Also that night, Newton-John sat alongside former judge Julianne Hough, who played Sandy on Fox’s “Grease: Live” three months later.

This time around, Melanie C and Gleb Savchenko are the lucky couple to get “You’re the One That I Want,” for their quickstep. They are one of five of the remaining 11 couples who will dance to songs from the musical that were performed by Newton-John. See the full lineup here.