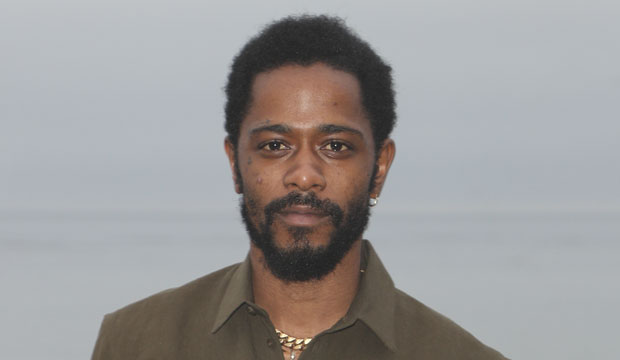 Since his breakthrough performance in “Short Term 12” eight years ago, LaKeith Stanfield has built an extensive resume of two dozen feature films. Three of these have contended for Best Picture at the Oscars, starting with “Selma” in 2015, then “Get Out” in 2018, and now “Judas and the Black Messiah.”  Third time has proven to be the charm for Stanfield as he reaped a Best Supporting Actor bid.

He faces off against co-star Daniel Kaluuya as well as Sacha Baron Cohen (“The Trial of the Chicago 7”), Leslie Odom Jr. (“One Night in Miami”) and Paul Raci (“Sound of Metal”). For the first time in 11 years, all five nominees are new to this category. Kaluuya is the only veteran acting nominee, having earned a Best Actor bid for “Get Out” three years ago.

In “Judas and the Black Messiah,” Stanfield portrays William O’Neal, a petty criminal who, in order to avoid prosecution, agrees to assist in the FBI’s infiltration of the Black Panther Party in 1969. His seemingly simple mission of building a relationship with chairman Fred Hampton (Kaluuya) proves to be more difficult than expected, as it becomes clear that the two men’s understandings of racial issues differ vastly. Stanfield expertly conveys the complexities of O’Neal’s psyche as the character struggles with the ramifications of his actions while remaining primarily concerned for his personal safety.

“Judas and the Black Messiah” earned a total of six nominations, including Best Picture, Best Original Screenplay, Best Cinematography, and Best Original Song (“Fight for You”). It is the third film in four years (and the 20th overall) to garner two or more Best Supporting Actor bids, following Sam Rockwell’s defeat of Woody Harrelson (“Three Billboards Outside Ebbing, Missouri”) in 2018 and the face-off between Al Pacino and Joe Pesci (“The Irishman”) in 2020. Rockwell’s is one of six victories to have resulted from such a situation.

At 29 years old, Stanfield would make history as the fourth youngest victor in the history of this category and one of only six vicenarian men to win an acting award. The three supporting males who would rank above him are: Timothy Hutton (20, “Ordinary People,” 1981), George Chakiris (27, “West Side Story,” 1962), and Cuba Gooding Jr. (29, “Jerry Maguire,” 1997). Including Stanfield, only 44 (or 10%) of all Best Supporting Actor contenders have been younger than 30.