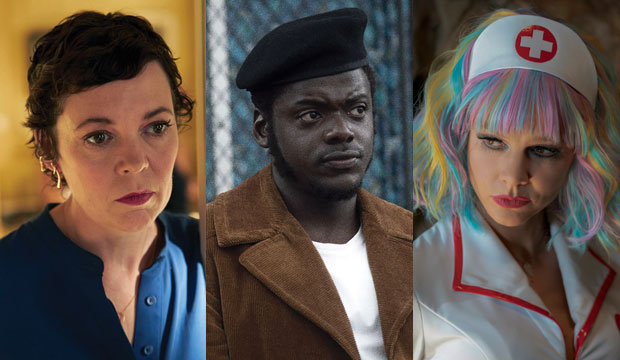 Tons of British actors have been in the running for Oscars over the years. And of course there have been countless British actors who have made their way through “Doctor Who” since the sci-fi series was revived in 2005. So it makes sense that the Venn diagram would include some overlap. But it’s still significant that three of this year’s four acting races at the Oscars could be won by “Doctor Who” alums: Carey Mulligan (“Promising Young Woman“), Olivia Colman (“The Father”) and Daniel Kaluuya (“Judas and the Black Messiah“).

According to the combined predictions of Gold Derby users, Mulligan is the current front-runner to win the Best Actress Oscar for her “Promising” role as a former med student exacting revenge on abusive men. But in 2007, at age 22 — a couple of years before her breakthrough performance in “An Education” made her an international household name — she starred in the classic episode “Blink” as Sally Sparrow, who untangled the mystery of the Weeping Angels, an alien race that turns to stone whenever you look at them.

It looks like Kaluuya is about to win his first Oscar too: Best Supporting Actor for playing Fred Hampton, the Black Panthers leader who was assassinated by the FBI. Back in 2009, almost a decade before his first Oscar nomination for “Get Out,” he appeared in one of David Tennant‘s last adventures as the Doctor, “Planet of the Dead.” The 20-year-old Kaluuya played Barclay, a passenger on a London bus that passes through a wormhole to an alien world — I hate it when that happens.

Similarly, Colman was well-known to British audiences before she achieved acclaim internationally with her roles in “The Night Manager,” “The Crown” and “The Favourite,” the last of which won her the Oscar for Best Actress two years ago. Now she’s up for Best Supporting Actress for playing a daughter trying to help her dad through dementia in “The Father.” She showed up on “Doctor Who” back in 2010 in “The Eleventh Hour,” the first episode featuring Matt Smith as the title time-traveler. She played a woman in a coma who became the disguise for a shape-shifting alien villain known as Prisoner Zero.

Those aren’t the only Oscar nominees who have passed through the long-running sci-fi series, though. Other academy favorites have crossed paths with the Time Lord, including Andrew Garfield (“Daleks in Manhattan”and “Evolution of the Daleks”), Felicity Jones (“The Unicorn and the Wasp”), Richard E. Grant (“The Snowmen,” “The Bells of St. John” and “The Name of the Doctor”) and Imelda Staunton (“The Girl Who Waited”), among others. An Oscar winner even played the Doctor: Peter Capaldi was awarded by the academy for his 1994 live-action short film “Franz Kafka’s It’s a Wonderful Life” before taking over the TARDIS as the 12th Doctor from 2014 to 2017.

Do you think the three erstwhile “Doctor Who” guests will sweep this year’s Oscars? Given how long the show has been on the air, there’s a pretty good chance they wouldn’t be the last.