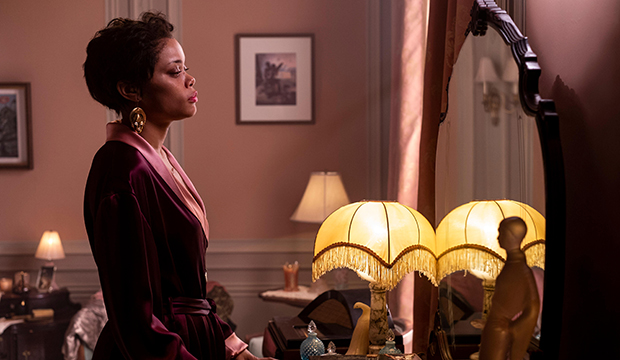 If Andra Day‘s Golden Globe upset for “The United States vs. Billie Holiday” transfers to the Oscars, she will become the first performer to win Best Actress for her first film since Marlee Matlin won in 1987 for “Children of a Lesser God.” It’s a quirky group that includes Barbra Streisand (1968’s “Funny Girl”), Julie Andrews (1964’s “Mary Poppins”) and Shirley Booth (1952’s “Come Back, Little Sheba”).

Best Actress is kind to debut performers — Day would be the 17th nominee, just two years after the most recent one, Yalitza Aparicio for “Roma.” And the singer’s Globe win was a huge pick-me-up in her Oscar prospects after she got snubbed by the Screen Actors Guild Awards and the BAFTA longlist.

Several factors are working in Day’s favor to become the fifth member of this group. Billie Holiday’s turbulent life, previously captured in “Lady Sings the Blues” (1972), which brought Diana Ross a Best Actress nomination, is awards fodder. She grew up in a whorehouse! She sang, she drank, she sang, she was addicted to heroin. She was arrested! She recorded “Strange Fruit,” the revolutionary song about a lynching that made her a Civil Rights figure. What more could you want? Movies about real people fare way better with academy voters than those about fictitious characters. Singers whose lives are cut short by disease or drink or better yet, both, really score. Memorable victories by Marion Cotillard, who played doomed singer Edith Piaf in “La Vie en Rose” (2007), Rami Malek, who played doomed singer Freddie Mercury in “Bohemian Rhapsody” (2018) and Renee Zellweger, who played doomed singer Judy Garland, in “Judy” (2019) offer melodic, teary proof.

The pandemic’s disastrous effect on live awards shows may also play an increasingly important role. The chain of upset victories awarded by the Hollywood Foreign Press Association created buzz the day after, along with viral moments of Day’s friends and family celebrating her win in a hotel room and Regina King excitedly crashing one of her virtual interviews. Think back to September when everyone was talking about Zendaya winning the Best Drama Actress Emmy for “Euphoria” over bigger names such as “Ozark” star Laura Linney. The win and buzz might inspire more voters to check out Day’s film, which just barely made the Oscar deadline. And with how the rest of the precursors shook out — favorites Carey Mulligan (“Promising Young Woman”) and Viola Davis (“Ma Rainey’s Black Bottom”) failed to get BAFTA nominations under the new jury system — it could be an up-in-the-air race until the very end.

Day is currently in fourth place in Gold Derby’s Best Actress odds at 5/1, behind Mulligan, Davis and Frances McDormand (“Nomadland”), and ahead of Vanessa Kirby (“Pieces of a Woman”).