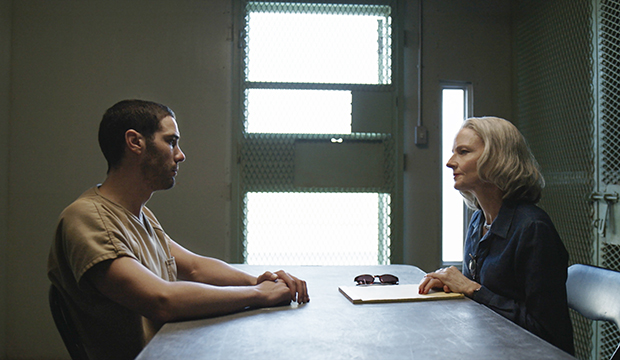 The members of the Hollywood Foreign Press Association mostly used a rubber stamp to fill out the TV portion of their Golden Globe ballots this year, saving most of the organization’s traditional chaotic energy for the film categories instead. In one of the most surprising but also welcome moments of the evening, Jodie Foster took home the Golden Globe for Best Supporting Actress for her performance in “The Mauritanian.”

Foster was in fourth place in Gold Derby’s odds heading into the Globes, behind Amanda Seyfried (“Mank”), Glenn Close (“Hillbilly Elegy”) and Olivia Colman (“The Father”), and leading Helena Zengel (“News of the World”). So what does this win mean for Foster’s chances at the Oscars? Well, let’s put it this way: The last actress who won the Golden Globe for supporting actress and was then snubbed by the academy was Katharine Ross, for “Voyage of the Damned” (1976), meaning it has been 44 years since the winner of the Golden Globe didn’t at least receive a corresponding Oscar nomination.

If we dig a little deeper, only four supporting actress winners in the history of the Globes have gone on to be slighted by Oscar voters. In addition to Ross, Katy Jurado of “High Noon” (1952), Hermione Gingold of “Gigi” (1958) and Karen Black of “The Great Gatsby” (1974) all failed to be recognized. And one of them was actually looked over in favor of her co-star — Lee Grant lost to Ross at the Globes but was nominated at the Oscars (fun fact: Foster was also Oscar-nominated that year for her breakthrough turn in “Taxi Driver”).

SEE So where do we standing in the Best Supporting Actress Oscar race after the Golden Globes chose maximum chaos?

If we open this little exercise up to include the men, the last person to be snubbed in the supporting actor race was Golden Globe winner Aaron Taylor-Johnson, whose “Nocturnal Animals” (2016) co-star Michael Shannon was recognized by Oscar voters instead. Prior to Taylor-Johnson, it was Richard Benjamin of “The Sunshine Boys” (1975), whose co-star George Burns won the Oscar.

In total, eight supporting actor winners have been snubbed by the Oscars, with most of the snubs occurring in the 1950s and ‘60s. Knowing all of this, it seems likely then that history is on Foster’s side. And when you combine Sunday’s Golden Globe win with the fact that Foster is also a two-time Oscar winner — for 1988’s “The Accused” and 1991’s “The Silence of the Lambs” (she has been nominated four times total) — and is competing in a fluid category, her Oscar stock likely just went way up. In fact, she’s already rising in Gold Derby’s combined odds. On Feb. 28, the day of the Golden Globes, Foster was in 11th place in the supporting actress race at 100/1 odds, and she’s already risen to seventh place and has 14/1 odds just a few days later. Basically, there is a very good chance that Foster will receive her fifth Oscar nod when nominations are announced on March 15.