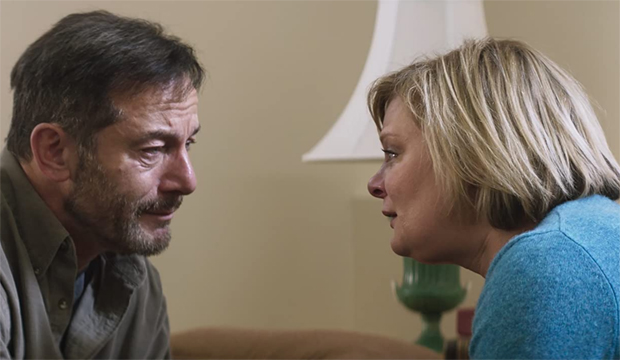 Much of the accolades for Bleecker Street’s “Mass” have centered around Ann Dowd, and deservedly so. But I wanted to take a moment to shine an Oscar spotlight on the equally impressive Martha Plimpton. The Emmy winner (and former Goonie) gives a career-best performance as Gail, the heartbroken mother of a boy who’s killed in a school shooting/bombing. Jason Isaacs takes on the role of Jay, her supportive husband. Dowd and Reed Birney play Linda and Richard, respectively, the guilt-ridden parents of the teenager who caused the murders. In other words, if you haven’t seen “Mass” yet, bring the tissues. You’re gonna need ’em.

SEEAnn Dowd is early Oscars front-runner for ‘Mass’: Will she finally get her due a decade after financing her own campaign?

Fran Kranz wrote, directed and produced this minimalistic film that takes place almost entirely within a small room at a church. The two pairs of parents have been corresponding for some time via snail mail, but finally decide to meet in person at Gail’s urging to discuss how all of their lives have been affected by the school tragedy. The other cast members are Michelle N. Carter as the public servant who brings them all together and Breeda Wool and Kagen Albright as nervous church staffers who prepare for the big meeting.

Plimpton takes viewers on an emotional roller-coaster from start to finish, as her character initially declines to even enter the church. A quick trip to her son’s memorial marking convinces her otherwise. The actress spends much of the movie with puffy red eyes and a damp nose, particularly as she tells stories about her son whose life was taken way too soon. At one point, Gail fully embraces the “anger” stage of grief when she demands to know why Linda and Richard didn’t do more to prevent the nightmare from happening.

“When you talk about blame on your part, I want to know what you’re referring to,” Gail states. The couple later wants to know why she’s asking so many questions, and Gail fires back matter-of-factly, “Why do I want to know about your son? Because he killed mine.” Plimpton’s raw, lumpy-throated delivery of that key line will surely stick with audiences long after the end credits roll. It did me.

Plimpton is a three-time Emmy nominee for “Law & Order: Special Victims Unit,” “Raising Hope” and “The Good Wife,” winning for the latter in 2012. She also earned a film bid at the Independent Spirit Awards for “Shy People” (1987). Fans of a certain age will always remember her for her breakout role as Stef in “The Goonies” (1985). Plimpton is Hollywood royalty, as she’s the daughter of actors Shelley Plimpton and Keith Carradine.