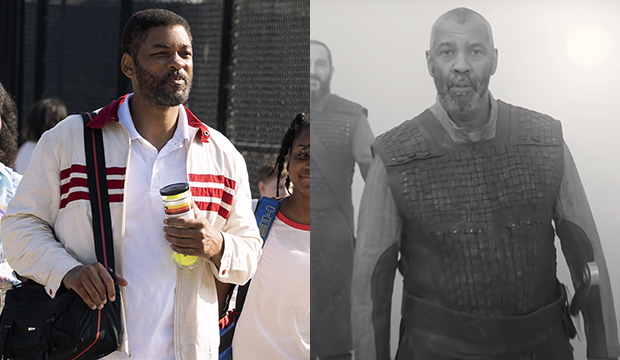 In 2001, Will Smith headlined “Ali,” which brought him his first Oscar nomination. He lost the Best Actor prize to Denzel Washington for “Training Day,” but now, 20 years later, Smith can avenge that loss with “King Richard” against Washington’s turn in “The Tragedy of Macbeth.” And if he doesn’t, he would be the latest performer who has lost to the same person twice.

There have been four people with an 0-2 record agains the same actor. They are:

The Bening-Swank bouts are the only modern instances as the first three face-offs occurred in the early days of the Oscars. This group could’ve expanded in the last three years, but none came to fruition. Rachel Weisz won Best Supporting Actress for “The Constant Gardener” (2005) over Amy Adams for “Junebug,” but they lost the same category to Regina King (“If Beale Street Could Talk”) when they were competing for 2018’s “The Favourite” and “Vice,” respectively. “The Irishman” (2019) co-stars Al Pacino and Joe Pesci lost Best Supporting Actor to Brad Pitt (“Once Upon a Time in Hollywood”), 29 years after Pesci nabbed the award for “Goodfellas” over Pacino’s turn in “Dick Tracy.” And just last season, Glenn Close (“Hillbilly Elegy”) and Olivia Colman (“The Father”) had a rematch in supporting actress — two years after the latter pulled off an upset Best Actress victory for “The Favourite” over presumptive favorite Close for “The Wife” — but they came up short against Yuh-Jung Youn (“Minari”).

SEE Oscar Experts Typing: Will ‘King Richard’ serve up a Best Actor win for Will Smith?

At the moment, Smith is predicted to win Best Actor at 18/5 odds with 17 Experts and six editors picking him. Washington is in second at 9/2 odds with the support of two Experts and three editors. Both have earned glowing reviews since their films hit the festival circuit over the past month — and for two very different performances. Like in “Ali,” Smith transforms himself to play a real person — in this case, Richard Williams, the father of tennis icons Venus and Serena Williams — in a crowd-pleasing sports film. Washington, on the other hand, is tackling Shakespeare and is seeking to join Laurence Olivier (1948’s “Hamlet”) as the only performers to win for a Shakespearean role.

Smith and Washington have very different Oscar histories, which may or may not be a factor. The former hasn’t been nominated since his second Best Actor bid for “The Pursuit of Happyness” (2006). Numerically, he’s not overdue for a win, but people have won Oscars with fewer nominations under their belts and less loaded resumes than an A-list movie star like Smith boasts.

A two-time winner, the other for his supporting turn in “Glory” (1989), Washington is on the cusp of his ninth acting nomination and has an additional one for producing Best Picture nominee “Fences” (2016). He would be the sixth man and first Black one to receive nine acting bids. A win would make the fourth man to score three acting Oscars after Jack Nicholson, Daniel Day-Lewis and Walter Brennan. In the last decade, three performers have won their third Oscars: Meryl Streep (Best Actress for 2011’s “The Iron Lady”), Day-Lewis (Best Actor for 2012’s “Lincoln,” beating Washington for “Flight”) and Washington’s “Macbeth” co-star Frances McDormand, who bagged her second and third Best Actress statuettes in this timeframe with “Three Billboards Outside Ebbing, Missouri” (2017) and last year’s “Nomadland.”

“King Richard” will be released first, hitting theaters and HBO Max on Friday, Nov. 19, while “The Tragedy of Macbeth” will open in limited release on Christmas Day before streaming on Apple TV+ on Friday, Jan. 14.