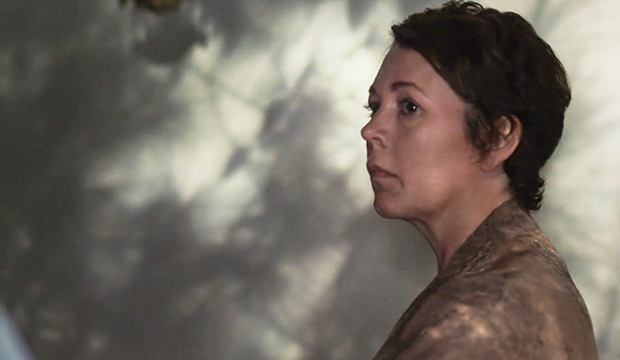 The Queen of Upsets has entered the chat — or specifically, the top five of our Best Actress Oscar odds. Olivia Colman has moved into fifth place in the rankings for “The Lost Daughter” as she seeks her second Oscar and third nomination.

Colman knocked down reigning champ Frances McDormand (“The Tragedy of Macbeth”) to sixth place. The two have won three of the last four Best Actress awards, of course, and McDormand co-presented the Oscar to Colman when she upset Glenn Close for her performance in 2018’s “The Favourite.” Kristen Stewart (“Spencer”) remains in first place, followed by Jessica Chastain (“The Eyes of Tammy Faye”), Penelope Cruz (“Parallel Mothers”) and Lady Gaga (“House of Gucci”).

The rise of Colman has been slow and steady the past two months as “The Lost Daughter” hit festivals to rave reviews, including for Colman’s performance. Written and directed by Maggie Gyllenhaal in her directorial debut and based on the Elena Ferrante novel of the same name, “The Lost Daughter” stars Colman as Leda, a woman who becomes obsessed with Dakota Johnson‘s Nina and her daughter while on vacation, forcing her to confront her own past as a mother. Jessie Buckley plays a young version of Leda in flashbacks.

This would be the third Oscar nomination for Colman, who’s fresh off a supporting bid earlier this year for “The Father” and her first Emmy win — in yet another upset — for “The Crown.” She’s been an awards magnet since her Oscar breakthrough — and with good reason — so it would hardly be shocking if she grabs another nomination. Plus, she’ll have increased visibility over the next month as “The Lost Daughter” hits theaters on Dec. 17 before arriving on Netflix on Dec. 31 and her new HBO limited series “Landscapers” premieres on Dec. 6.

If she does make it in, everyone should know by know to never count out Colman. And while winning two Best Actress Oscars three years apart isn’t unheard of: McDormand just did it, as have Jodie Foster, Glenda Jackson, Olivia de Havilland and Bette Davis.