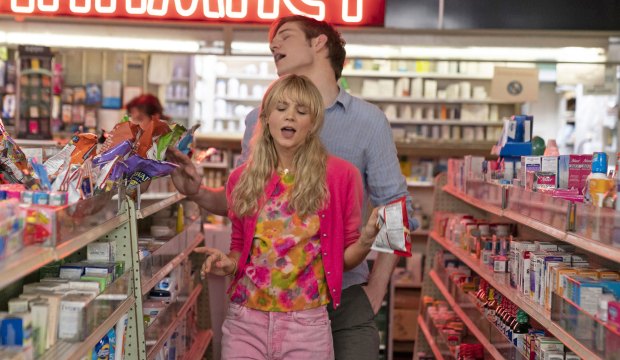 Every awards season, there comes a point when it becomes obvious who is going to take home the Oscar in certain categories. Sometimes it’s after the Golden Globes. Other times it’s after the SAG Awards. And every so often, it’s not until after the envelope is opened at the Dolby Theater (think “Parasite” being picked as Best Picture last February).

This year I think we’ve already reached that point in the road in at least one major contest. And no, I’m not talking about the late Chadwick Boseman winning Best Actor for “Ma Rainey’s Black Bottom.” (His victory is now such a foregone conclusion that Ma Rainey herself is already singing about it.) Rather, I’m referring to Best Actress. Though in this case, Ma Rainey will be singing the blues.

1. She delivers the most acclaimed performance of the year. From time to time, there’s a piece of acting that becomes the topic of national (and international) conversation. In the 1990s there was Anthony Hopkins in “The Silence of the Lambs” and Frances McDormand in “Fargo.” The following decade it was Charlize Theron in “Monster” and Heath Ledger in “The Dark Knight.” In recent years there’s been Rami Malek in “Bohemian Rhapsody” and Joaquin Phoenix in “Joker.” All of them got the last laugh, with the ovation from Oscar.

This most muted year, it’s Mulligan who has been receiving raves. What could have been a flat or farcical character is both fierce and fascinating. Original and intense. Layered and luminous. The Los Angeles Film Critics Association and the National Board of Review have already named Mulligan the year’s Best Actress. Watch for the academy to follow suit.

2. She’ll win the Golden Globe. It’s as good as hers. Eleven years ago I remember having a conversation with Gold Derby founder Tom O’Neil just days before the Globes were presented. O’Neil revealed that Hollywood Foreign Press Association members were absolutely smitten with Mulligan, and that she had a real shot at pulling off an upset for Best Film Drama Actress for “An Education.” In typical HFPA fashion, though, they showed love to Sandra Bullock in “The Blind Side” (a huge star in an international blockbuster was just too hard to resist).

But now the group can make it up to Mulligan. Furthermore, the HFPA clearly adored “Promising Young Woman,” showering it with additional nominations for Best Screenplay, Best Director, and Best Film Drama. Best Actress is the best place to reward it, meaning that Mulligan can’t miss. And if she prevails over Viola Davis in “Ma Rainey,” keep this in mind: no Golden Globe loser for Best Actress has prevailed at the Academy Awards since Halle Berry in “Monster’s Ball” almost 20 years ago. So even if she succumbs to Davis at SAG (which is quite likely), Mulligan can still score at the Oscars.

3. “Promising Young Woman” will be a Best Picture nominee. It’s always tough to take the Oscar on a film’s lone nomination (just ask Glenn Close in “The Wife”). It’s usually easier if your picture registers across the board (see Olivia Colman that year in “The Favourite”). “Promising Young Woman” is heavily favored for bids in several major categories. Original Screenplay is a given. Best Director (for Emerald Fennell) is a strong possibility. Even Costume Design and Film Editing are plausible. As for Best Picture, where there will be up to 10 nominees, one of the slots is all but promised to “Promising.” That puts Mulligan on a level playing field with both Davis and Frances McDormand (“Nomadland”), who are also showcased in likely Best Picture projects. Broad support for “Promising” will help carry Carey to conquest.

4. “Promising Young Woman” is enjoying a traditional theatrical release. There’s been considerable debate in recent years as to whether streaming content should even qualify for the Academy Award. It’s been suggested that the anti-streaming bias hurt Netflix’s “Roma” two years ago, as it earned Best Director for Alfonso Cuaron but lost Best Picture to “Green Book.” Given this year’s changes in rules allowing films to compete without a theatrical release due to the coronavirus pandemic, streaming films are poised to perform much better. (Let’s face it, that’s how much – if not most – of the material will be seen anyway.)

Nonetheless, extra respect will likely be offered to those movies that played in proper cinemas. “Promising Young Woman” opened in the United States on Christmas Day and has generated more than $7 million in worldwide box office receipts. That’s fairly impressive for a non-action feature in the midst of this difficult climate. And while Netflix looks poised to reap its first lead acting Oscar for Boseman in “Ma Rainey,” some voters might be reluctant to award the studio both top trophies. It’s simply a political reality. And the reality is that it benefits Mulligan.

5. She enjoys the age advantage. It’s the elephant in the room. I hate even bringing it up. I would rather focus on the fact that the 35-year-old Mulligan has the richer and more complex role than her chief rival Davis. I would prefer to explain that while Davis is excellent as always, her Ma Rainey has a more limited character arc. That’s what should matter. But as an objective Oscar analyst, I have to look at the facts. And the fact is that in highly (or even slightly) competitive lead actress races in recent years, the more youthful contender has almost always prevailed.

Look at Berry in “Monster’s Ball” over Sissy Spacek in “In the Bedroom,” Theron in “Monster” over Diane Keaton in “Something’s Gotta Give,” Hilary Swank in “Million Dollar Baby” over both Annette Bening in “Being Julia” and Imelda Staunton in “Vera Drake,” Reese Witherspoon in “Walk the Line” over Felicity Huffman in “Transamerica,” Marion Cotillard in “La Vie en Rose” over Julie Christie in “Away from Her,” Kate Winslet in “The Reader” over Meryl Streep in “Doubt,” Bullock in “The Blind Side” over Streep in “Julie and Julia,” Jennifer Lawrence in “Silver Linings Playbook” over Emmanuelle Riva in “Amour,” Emma Stone in “La La Land” over Isabelle Huppert in “Elle,” and Colman in “The Favourite” over Close in “The Wife.” Are these all just coincidences? I honestly don’t know. But I do know that this bias toward younger women can’t be ignored. So if history is any indicator, this year’s “Promising Young Woman” Carey Mulligan is on a most promising path — straight to Oscar glory.