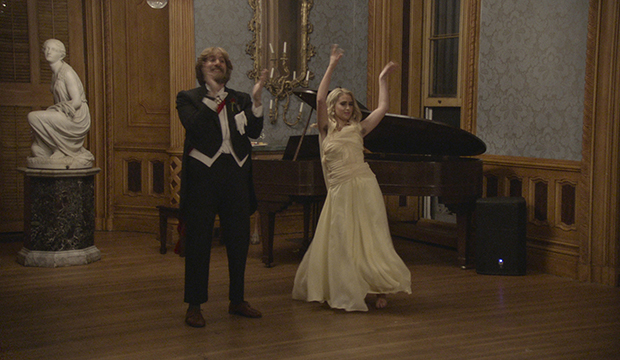 Maria Bakalova took home the Best Supporting Actress prize at Sunday’s Critics Choice Awards for “Borat Subsequent Moviefilm,” which was great for her and also great for us because that means the unruly supporting actress Oscar race is still the one to watch. This was a good get for Bakalova in the middle of Oscar voting after she surprisingly lost the Golden Globe last week in the lead category. History would tell you that she’s almost assured an Oscar nomination, but with how wacky the race is this year, nothing is guaranteed.

Since Critics Choice started handing out awards 26 years ago, only one supporting actress winner has not gone on to receive an Oscar nomination: Joan Allen, who won for 1998’s “Pleasantville” in a tie (!) with Kathy Bates for “Primary Colors.” This was back when the Critics Choice Awards were not televised and just unveiled winners and no nominees, so it hasn’t happened in the current televised, seemingly limitless nominees era. And since Bates did make the Oscar five, technically Critics Choice has not missed a year producing an Oscar nominee from its supporting actress winner slate (this includes Kate Winslet, who prevailed in supporting for 2008’s “The Reader” at Critics Choice and won the Oscar in lead).

SEE After Critics Choice Awards, who’s up, who’s down in Oscar race?

Bakalova would obviously be in better standing had she managed to win the Globe, which would’ve give her two televised precursor wins and set her ahead of the very crowded pack, especially since her film is already so out there. Now she’s on even ground with surprise Globe supporting actress champ Jodie Foster (“The Mauritanian”), who was not nominated at Critics Choice or the Screen Actors Guild Awards, but neither is a lock for an Oscar bid (to be fair, most contenders in the category are not locks).

Bakalova made SAG, where she’s in fourth place in the combined odds, trailing Glenn Close (“Hillbilly Elegy”), Olivia Colman (“The Father”) and Yuh-Jung Youn (“Minari”), and is ahead of Helena Zengel (“News of the World”). At SAG, Bakalova benefits from being in a broad, populist movie, which could also be her downfall with snobby Oscar voters. In other words, she could be a SAG winner who is snubbed by the Oscars in the vein of Idris Elba (2015’s “Beasts of No Nation”) and Emily Blunt (2018’s “A Quiet Place”).

But if the odds prove to be correct and the SAG goes to someone else, this is shaping up to be more and more like the 2000 and 2007 supporting actress contests. In the former, four different women won the Globe, Critics Choice, SAG and BAFTA, and a fifth, Marcia Gay Harden (“Pollock”), nabbed the Oscar. In the latter, the precursors also went to four different ladies, and the BAFTA champ, Tilda Swinton (“Michael Clayton”), won the Oscar.

All this to say, there is no frontrunner in this utterly but refreshingly chaotic race, and we don’t blame you if you’re waiting until Oscar nominations to even try to predict a winner.