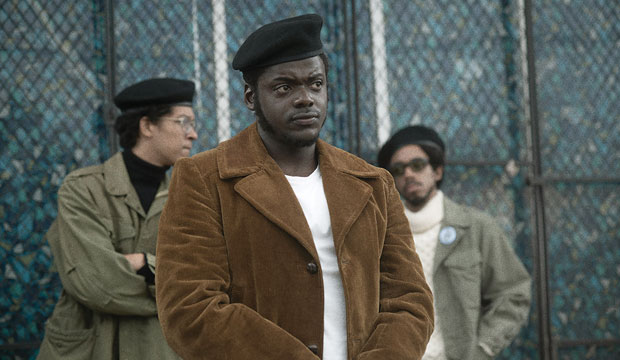 Now at 5/1 combined odds in the race for Best Supporting Actor, Daniel Kaluuya is within reach of his second Oscar nomination. He earned his first in 2018 for the Best Picture nominee/Original Screenplay winner “Get Out,” losing to Gary Oldman (“Darkest Hour”) in the lead race. This year he contends as real life chairman of the Black Panther Party Fred Hampton in Shaka King‘s “Judas and the Black Messiah.”

Since breaking out into the mainstream with “Get Out,” Kaluuya became a bona fide star with his participation in “Black Panther” and has shown wide range in his acting choices with roles as a villain in “Widows” and a romantic on the run in “Queen & Slim.” In “Judas and the Black Messiah,” Kaluuya once again stretches himself into new territory, playing a biographical character in a stylized 1960s period piece. Kaluuya shares a bulk of the screen time with co-star Lakeith Stanfield, who himself will be competing in the lead field as FBI informant William O’Neal who goes undercover to seek evidence against Kaluuya’s Hampton.

Earlier this month, Kaluuya shook up the race by catching the attention of our experts. At that point he had finally cracked the top 5 among the experts, but now he’s continuing to push up in the Best Supporting Race race as third in our overall combined predictions. To take the win, Kaluuya will have to unseat both of the men above him: Leslie Odom, Jr. (“One Night In Miami”) and Sacha Baron Cohen (“The Trial of the Chicago 7”).

Kaluuya’s biggest hurdle at a nomination right now isn’t his competition though–instead it could be the visibility factor of a late breaking film. Warner Bros’ “Judas and the Black Messiah” has already missed out on most of the critics’ awards portion of the season and still has a few weeks until its opening on February 12. That being said, the season’s largest awards have yet to be decided and so we can only hope they got screeners out in time.

Helping its cause is this unconventional year where films have until the end of February to meet eligibility is that it will premiere day and date with its theatrical opening to HBO Max subscribers. Other streaming platforms have major contenders this year and so voters will be well-adjusted by now to appreciating film on the smaller screen this year.