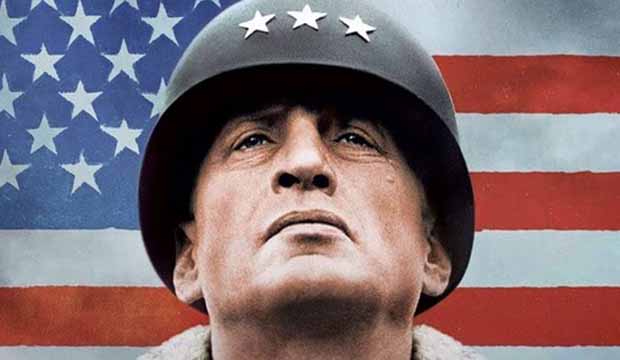 Some of the best award shows are from the 1970s, when the greats from Hollywood’s Golden Era and the (at the time) new generation of entertainers mingled and celebrated the medium they loved. And this was clearly evident 50 years ago, when the films from the beginning of a new decade were recognized. Held on April 15, 1971, this was the third consecutive year in which there was no host; instead, “34 friends of Oscar,” including Goldie Hawn, Harry Belafonte and Steve McQueen, presented the awards. There are quite a few legendary moments from that ceremony half a century ago: a groundbreaking documentary made Oscar history, there were some firsts in the acting categories and two legends were honored.

Although Marlon Brando‘s Oscar refusal in 1973 is better remembered, George C. Scott was actually the first actor to decline the award, following a Best Actor win for his performance in “Patton.” He believed that actors shouldn’t compete, and that the Academy Awards are “a two-hour meat parade, a public display with contrived suspense for economic reasons.” Despite his refusal of the award, he would be nominated again the following year for “The Hospital,” which would be his last nomination.

Another anomaly in this year is the fact that all the nominees for both Best Actor and Best Actress were first-time nominees for those categories. This had not happened in the Best Actor category since the Seventh Academy Awards, and since the Sixth Awards for Best Actress, and is the last time that has happened in either of those categories. In addition, screen and theater legend (and EGOT champ) Helen Hayes received her second Oscar that evening, winning Best Supporting Actress for her role in “Airport,” becoming the first actor or actress to win an Academy Award in both the lead and supporting categories. She also set a record for the longest gap between acting wins, having won for Best Actress in 1932 for “The Sin of Madelon Claudet.” Her record of 39 years between acting wins stands today.

Hayes wasn’t the only legend honored that evening. Acclaimed writer, director and actor Orson Welles received an Honorary Oscar 30 years after his groundbreaking film “Citizen Kane.” Although he had won Best Original Screenplay for that film (shared with Herman J. Mankiewicz), it has been argued that “Citizen Kane” should have received more accolades, and Welles himself had not received any more nominations for later films. Also receiving an Honorary award was “The First Lady of American Cinema,” Lillian Gish. Renowned for her work with director D.W. Griffith in the early days of filmmaking, she is credited pioneering film acting techniques.

SEE‘Mank’ : Who are the true life people in David Fincher’s Netflix film about ‘Citizen Kane’? [PHOTOS]

Other winners for the 1971 ceremony included Glenda Jackson, who received her first of four Best Actress nominations between 1971 and 1976, winning for “Women in Love.” She would go on to win again three years later for “A Touch of Class.” In the Best Supporting Actor category, John Mills won on his only nomination, for his role in “Ryan’s Daughter.” The big winner for the evening was “Patton,” which came into the evening tied with “Airport” at ten nominations. “Patton” stormed to victory seven wins, claiming the Best Picture prize over “Airport,” “Five Easy Pieces,” “Love Story” and “M*A*S*H.” However, Hayes’s acting triumph was the only win for “Airport.”

One indicator of the changes in both cinema and American culture at the time is the commercial and critical success of “Woodstock.” Not only did “Woodstock” win for Best Documentary, it remains to date the only documentary in Oscar history to receive three nominations, the other two being for Best Film Editing and Best Sound Mixing. It was the first documentary to receive nominations in these two categories, and remains the only one to receive a nod for Sound Mixing. Fifty years later, this documentary film is considered by many to be the greatest American documentary ever made, and continues to be enjoyed by audiences across several generations.