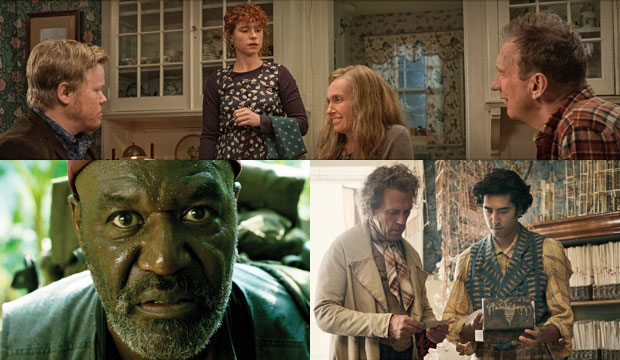 Oscar voting started on March 5 and will continue until March 10, so before those last ballots are entered, here are 11 dark horse contenders I hope voters keep in mind for nominations.

BEST ACTOR: Delroy Lindo, “Da 5 Bloods” — It’s strange to consider him a dark horse candidate since he seemed like a safe bet just a couple of months ago. But this towering performance full of Shakespearean anger, ache, and even a soliloquy was overlooked by the Golden Globes and SAG Awards. But he deserves a seat at the table, especially since it would be the first Oscar nomination for the legendary actor.

BEST ACTOR: Mads Mikkelsen, “Another Round” — This front-runner for Best International Feature wouldn’t work as well as it does were it not for Mikkelsen’s charisma and ability to walk such a fine line between comedy and tragedy as a teacher hoping to drink his way out of an emotional rut he finds himself in at midlife. Bonus points for the dance at the end of the film.

BEST ACTRESS: Yeri Han, “Minari” — For a film with so much Best Picture buzz and potential for acting noms for Steven Yeun and Yuh-Jung Youn, it’s surprising that Yeri Han hasn’t gotten more traction for her performance as a matriarch ambivalent about her family’s risky move to Arkansas. So much of the film’s impact comes from the empathy and emotional tension on her face as she fights to keep her family in one piece.

BEST ACTRESS: Elisabeth Moss, “The Invisible Man” — Carey Mulligan has rightly been showered with awards for “Promising Young Woman,” but it’s unfortunate that another great performance in a film about a woman fighting the violence of the patriarchy has been overshadowed. Moss conveys the raw-nerve anxiety of being constantly gaslighted by her abusive ex, which makes her rage and revenge all the more cathartic.

BEST SUPPORTING ACTOR: Stanley Tucci, “Supernova” — It’s a film where the tone of the acting is crucial. Tucci plays a man coping with early-onset dementia, and the performance could have aggressively yanked the audience’s heartstrings, but Tucci’s restraint in the role makes the film’s emotional payoffs even stronger.

BEST ADAPTED SCREENPLAY: “I’m Thinking of Ending Things” — Charlie Kaufman probably didn’t intend to write the perfect pandemic movie, but this weird, twisty, dreamlike story he weaves captures loneliness, disappointment and longing for connection from the inside out better than any movie in recent memory.

SEEAfter Critics Choice Awards, who’s up and who’s down in Oscar race

BEST ORIGINAL SCREENPLAY: “On the Rocks” — Sofia Coppola‘s script takes a story that seems simple on the surface (a playboy dad helps his daughter find out if her husband is cheating) and imbues it with nuances you wouldn’t necessarily expect. Underneath the delightful father-daughter caper, Coppola layers in a deeper story of trying to heal old family wounds.

BEST CINEMATOGRAPHY: “Ma Rainey’s Black Bottom” — The film has gotten recognition for its production design, costumes, and hair/makeup, but I feel like a crucial but overlooked element that makes this stage adaptation so cinematic is Tobias Schliessler‘s ethereal cinematography, which helps all those other visual elements shine.

BEST COSTUME DESIGN AND BEST PRODUCTION DESIGN: “The Personal History of David Copperfield” — This film has probably been hurt mostly by opening so long ago and flying somewhat under the radar (after all, it was already a BAFTA nominee last year), But Suzie Harman and Robert Worley‘s costumes and Cristina Casali‘s production design do so much to establish the film’s tone: whimsical but not cartoonish, creating a heightened reality that’s half-Dickens, half-fairy tale.

BEST COSTUME DESIGN: “First Cow” — Oscar voters usually love upscale costumes — frocks of the rich and famous — but April Napier‘s designs in this film vividly contrast the wealth of some with the hardscrabble reality of others on the American frontier. You can really feel the lives that have been lived in these clothes, and how much work (or lack thereof) have gone into those lives.