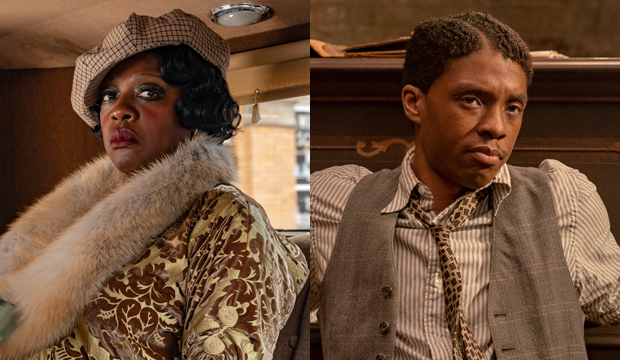 Academy Awards members had the option of nominating 10 films this year for Best Picture, but they decided to go with eight: “The Father,” “Judas and the Black Messiah,” “Mank,” “Minari,” “Nomadland,” “Promising Young Woman,” “Sound of Metal” and “The Trial of the Chicago 7.” (Don’t worry, this controversial sliding scale ends this year and there will be a flat 10 nominees going forward.) So what film likely came in ninth place for a Best Picture bid? Our devoted readers have been voting all week long, and the poll results are in: Netflix’s “Ma Rainey’s Black Bottom” just missed out.

Directed by George C. Wolfe, the period movie earned five total Oscar nominations: Best Actress (Viola Davis), Best Actor (Chadwick Boseman), Best Costume Design, Best Makeup & Hairstyling and Best Production Design. That gives it the distinction of being the year’s most recognized film to be skunked in the top category. Despite the Best Picture snub, “Ma Rainey” is expected to have the last laugh on Oscar night as it’s the odds-on favorite to take home a trio of trophies (actor, costumes, makeup/hair).

Next in line for a Best Picture bid, according to our readers, was Regina King‘s directorial debut “One Night In Miami.” It nabbed a respectable three nominations for Best Supporting Actor (Leslie Odom Jr.), Best Adapted Screenplay (Kemp Powers) and Best Song (“Speak Now”). At one point King was a favorite to receive a Best Director bid, even getting in at the Golden Globes, but the actress found herself empty-handed on Oscar noms morning.

Here’s a closer look at the complete poll results for what film likely came in ninth place for a Best Picture Oscar nomination: