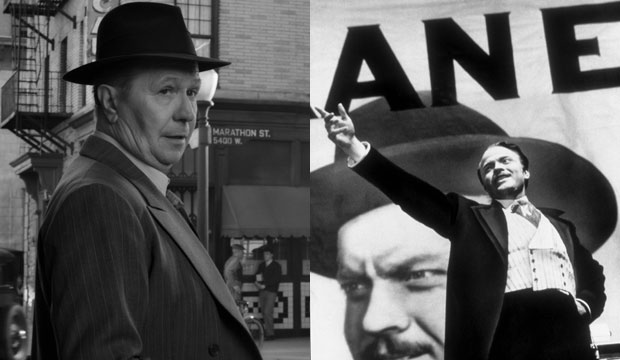 At the Oscars, hindsight is 20/20. Cinema history remembers 1941’s “Citizen Kane” as one of the greatest, most groundbreaking films ever made. At the time, though, despite nine nominations from the motion picture academy including Best Picture, it only won once: Best Original Screenplay for Orson Welles and Herman Mankiewicz. Now David Fincher‘s film “Mank” about the writer of “Kane” could actually win more awards than the classic film that inspired it.

As of this writing “Mank” is tipped to win three awards, according to the combined predictions of Gold Derby users. Amanda Seyfried holds the lead for Best Supporting Actress with 39/10 odds for portraying actress Marion Davies. To date she has already won a prize from Philadelphia critics and received nominations or runner-up citations from the National Society of Film Critics as well as journalists in Boston, Chicago, London, Los Angeles and more.

The film could also clean up in below-the-line categories thanks to its meticulous period details. Fincher shot the film in the style of movies from the era, which puts Erik Messerschmidt at the top of our forecasts for Best Cinematography with 18/5 odds and Donald Graham Burt at the summit for Best Production Design with 7/2 odds. We’re also betting on noms for the film’s costumes, editing, and sound, not to mention Best Director and Best Picture.

Perhaps surprisingly, one category the film is not expected to win is the one that “Citizen Kane” claimed: Best Original Screenplay. We currently give “The Trial of the Chicago 7” the advantage in that category. But don’t count out “Mank.” The academy might not be able to resist rewarding a screenplay about a screenwriter, especially as a posthumous tribute to Jack Fincher, the director’s late father who penned this script before his death in 2003. So voters could pay tribute to two late scribes — Fincher and Mankiewicz — for the price of one.