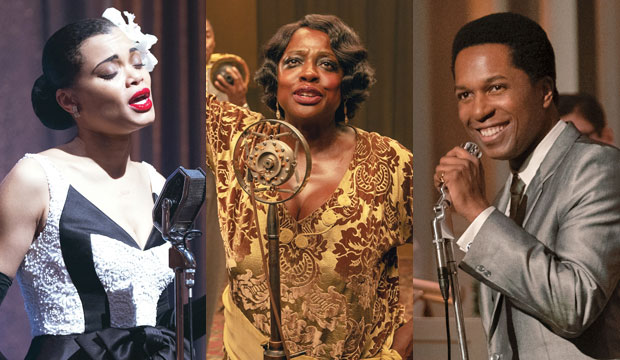 The Oscars love to honor actors who transform themselves to play biographical roles, so it’s no surprise that several nominations and wins have gone to actors playing real-life musicians given the extra degree of difficulty of performing as an artist in a different discipline. But does it pay to do your own singing? You’d think it would be an advantage to show voters the impressive breadth of your talent. However, recent history shows that whether you’re singing isn’t usually a decisive factor.

This year three actors are nominated for biographical music roles: Viola Davis (Best Actress as blues singer Ma Rainey in “Ma Rainey’s Black Bottom”), Andra Day (Best Actress as jazz legend Billie Holiday in “The United States vs. Billie Holiday”), and Leslie Odom Jr. (Best Supporting Actor as R&B star Sam Cooke in “One Night in Miami”). Of those, Day and Odom do their own singing, while David lip syncs to vocalist Maxayn Lewis‘s renditions of Rainey’s songs. But that doesn’t necessarily tell us which among them is the likeliest to win. For instance, Day beat Davis for the Golden Globe, but then Davis won the SAG Award, where Day wasn’t even nominated.

And if you look back at music biopic roles that have been nominated over the last few decades, it’s hit-and-miss no matter which way you go. For instance, Angela Bassett (“What’s Love Got to Do With It,” 1993) lost Best Actress for her lip-syncing performance, but then Jamie Foxx (“Ray,” 2004), Marion Cotillard (“La Vie en Rose,” 2007), and Rami Malek (“Bohemian Rhapsody,” 2018) won Oscars for doing the same.

As for actors who have done their own singing, it has also gone both ways. Michelle Williams (“My Week with Marilyn,” 2011) and Meryl Streep (“Florence Foster Jenkins,” 2016) both sang in character and lost Best Actress, while Renee Zellweger won for taking on the daunting challenge of interpreting Judy Garland in “Judy” (2019). And it was a split decision when Joaquin Phoenix and Reese Witherspoon sang their own songs as Johnny Cash and June Carter in “Walk the Line” (2005): Witherspoon won Best Actress, but Phoenix lost Best Actor.

This year Best Actress has been a wide-open race all season, but Davis ranks a little higher than Day according to the combined predictions of Gold Derby users (“Promising Young Woman” star Carey Mulligan is the current front-runner to win). And Odom has fallen behind Daniel Kaluuya (“Judas and the Black Messiah”), who plays another biographical role, albeit not a musical one; Odom, however, is still the favorite to win Best Original Song for co-writing “Speak Now” for “One Night in Miami.” So in some way, shape, or form, we could see multiple Oscars go to actors embodying music legends. 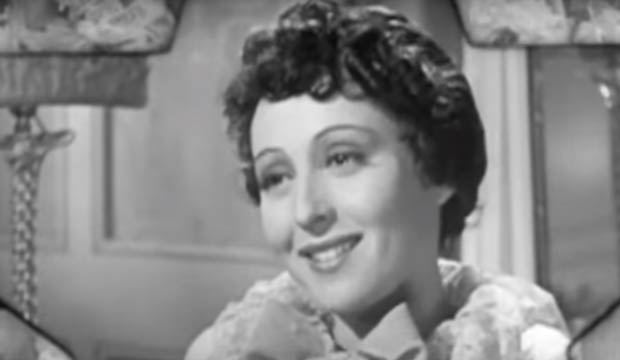 'Mare of Easttown': Finally an Emmy nomination for Evan Peters after all those 'AHS'…

Jordan Klepper ('Fingers the Pulse: Into the MAGA-Verse') on experiencing the Capitol insurrection…

Lily Rabe ('The Underground Railroad'): Ethel is a 'rubber band that's been stretched and is right at…

'The Alienist: Angel of Darkness' seeks out more Emmys for TNT after winning in 2018

Gabrielle Dennis ('A Black Lady Sketch Show'): 'I'm honored to be a future alumni of this show'…