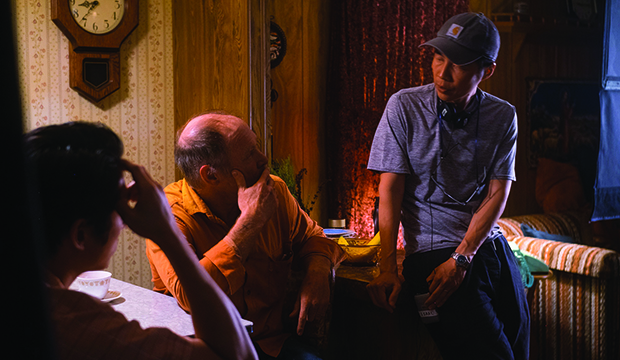 After weeks of staticity, there’s a new face in our Experts’ Best Director Oscar top five. “Minari’s” Lee Isaac Chung has entered in fifth place, according to our racetrack odds. Chung knocked out Paul Greengrass (“News of the World”), and is behind frontrunner Chloé Zhao (“Nomadland”), David Fincher (“Mank”), Regina King (“One Night in Miami”) and Aaron Sorkin (“The Trial of the Chicago 7”).

Chung actually broke into the top five in the combined odds two weeks ago, but he didn’t experience that boost among the Experts until this week. The writer-director has been on a steady rise the past month — on Dec. 17, he was in eighth place and had inched up to sixth two weeks ago. He’s currently doing better in the combined odds as well, having climbed to fourth place, behind Zhao, Fincher and Sorkin, and ahead of King.

An intimate indie, “Minari” doesn’t boast the flashy directing that you might associate with the category, but the film, based on Chung’s childhood growing up in a Korean-American family in rural Arkansas, has passionate supporters and acclaim. Besides, the directing branch loves to throw in curveballs, so you can’t rule anyone out here. In Best Picture, “Minari” is in sixth among the Experts and seventh in the combined odds. It also has a strong supporting actress contender in Youn Yuh-jung, who’s split nearly all of the critics’ awards with Maria Bakalova (“Borat Subsequent Moviefilm”), while Steve Yeun has been circling the fifth spot in the Best Actor odds, so “Minari” has the potential to nab a handful of nominations, on par with other smaller films like “Lady Bird” (2017).

Also inadvertently helping “Minari,” which is primarily in Korean, is the controversy over the Golden Globes’ rule to exclude non-English language films from competing for Best Drama Film or Best Comedy/Musical Film, relegating them to just Best Foreign Language Film. The rule has long existed — it affected “Parasite” (2019), “The Farewell” (2019) and “Roma” (2018) in recent years — but the exclusion of “Minari,” an American film, elicited calls for change from fans, actors and filmmakers, including “The Farewell’s” Lulu Wang. Plus, after “Parasite’s” historic Best Picture Oscar win and AMPAS’ efforts to diversify its membership post-#OscarsSoWhite, voters might be moved to check out and back “Minari.”

If both Chung and Zhao make the cut, it’d be the first time two Asian directors are nominated in the same year.