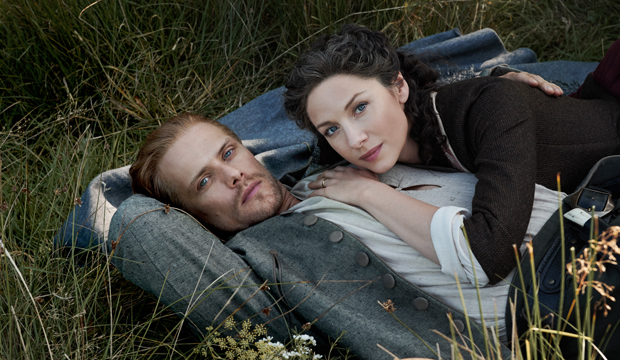 The 2021 Emmy nominations were revealed on Tuesday, July 13 and “Outlander” was nowhere to be found. But don’t worry, “Outlander” fans, your favorite show wasn’t snubbed. In actuality, the Starz romance epic didn’t air any new episodes within the eligibility period (June 1, 2020 to May 31, 2021). Season 5 ended on May 10, 2020 and Season 6 isn’t expected to debut until early 2022. That means we’re in yet another so-called “Droughtlander” where the show takes an extended hiatus, this time brought about by the Covid-19 pandemic.

Production on the new episodes began in Scotland in February and ended in June, so the Season 6 cast list should be announced sooner rather than later. All we know right now is that leading stars Caitriona Balfe and Sam Heughan will be back in action as time traveling nurse Claire Randall Fraser and her Highlander true love Jamie Fraser. The new season will be based on “A Breath of Snow and Ashes,” the sixth novel in the world-renowned series from author Diana Gabaldon.

The sixth season of “Outlander” was originally supposed to start filming in May 2020, but those plans were put on hold due to the coronavirus. Nearly a year later, Starz and Sony Pictures Television finally called “action” in Scotland on the brand new episodes, with renewed attention toward health safety protocols like social distancing and mask wearing.

Season 6 will be comprised of eight episodes, with the premiere being a special 90-minute installment. This makes it the shortest season of “Outlander” on record. Season 1 was by far the longest at 16 total episodes (broken up into two equal halves), while Seasons 2-4 each consisted of 13 episodes and Season 5 totaled 12 episodes.

When viewers last saw Claire and Jamie in the Season 5 finale, Claire had returned to Frasers’ Ridge after being brutalized by Lionel Brown (Ned Dennehy). Meanwhile, the threat of the Revolutionary War prompted Claire and Jamie to contemplate what was best for their family. Watch Gold Derby’s video recap of the finale, titled “Never My Love,” which was based on the end of the novel “The Fiery Cross.”

Even though “Outlander” was not eligible for Emmy Award nominations, Heughan and co-star Graham McTavish were in contention for their fan-fave nonfiction series, “Men In Kilts: A Roadtrip With Sam And Graham.” Billed as a fun-filled buddy travelogue through Scotland, the two actors reunited for an adventure that explores their shared heritage via food, drink, games and more.