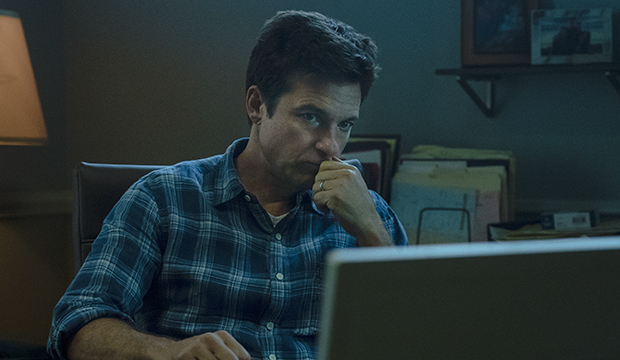 For the second year in a row, the reigning TV drama actor Screen Actors Guild Award champ is not in the running — Peter Dinklage is gone because, duh, “Game of Thrones” is — but that doesn’t necessarily mean it’s anyone’s game. Former champ Jason Bateman (“Ozark”) is back and leads our odds, and he could do something that’s actually pretty common in this category — reclaim the title — but with a twist.

Bateman, who won two years ago and was ineligible last year because “Ozark” skipped the cycle, would be the 10th person to win the award at least twice and the sixth to do it non-consecutively. “The Sopranos'” James Gandolfini has a record three trophies, all non-consecutive, in 2000, ’03 and ’08. The eight men who have two statuettes are:

As you can see, no one since Laurie 12 years ago has reclaimed the award, and the trend the past decade has been back-to-back victories. Of note: since Spacey’s second win, three of the last four champs did not have the chance to bag two in a row. John Lithgow was crowned for his one-season stint as Winston Churchill on “The Crown” in 2017, and as aforementioned, Bateman was ineligible last year and Dinklage’s show is over. Only Sterling K. Brown (“This Is Us”), who won in 2018, has been eligible since his triumph, but he lost on his subsequent two bids to Bateman and Dinklage, respectively.

But Bateman’s situation is unique. All of the non-consecutive winners so far reclaimed the award after losing in between. Because of “Ozark’s” ineligibility, Bateman is back to defend his crown (sort of) — he didn’t lose nor was he snubbed last year — so he could easily pick up where he left off and become the first to prevail again without having suffered a post-win defeat.

Brown could also hear his name called again — he’s in second place — but Bateman arguably has more momentum. “This Is Us” was dropped from drama ensemble last year despite being the two-time reigning champ, and while “Ozark” has not won the ensemble prize yet, no group loves the blue-hued show more than SAG-AFTRA. It’s been in the tank since the beginning, giving “Ozark” two nominations for its first season (for Bateman and Laura Linney) and then four for its second (Bateman — who won — Linney, Julia Garner and ensemble). This year is the first time “Ozark” has been eligible at the SAG Awards since not only the show’s Emmy breakthrough (Bateman’s surprising directing win in 2019, Garner’s back-to-back supporting actress awards) but its third season, which premiered in March and is universally praised as its best season yet.

Rounding out the top five are Matthew Rhys (“Perry Mason”), who, believe it or not, has never been nominated individually, former nominee Bob Odenkirk (“Better Call Saul”) and Josh O’Connor (“The Crown”), who’s been upgraded to lead. 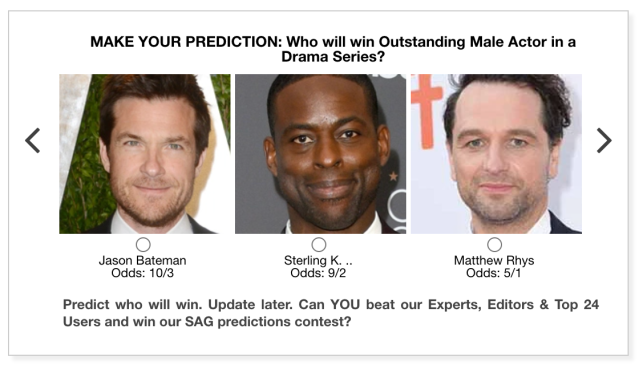